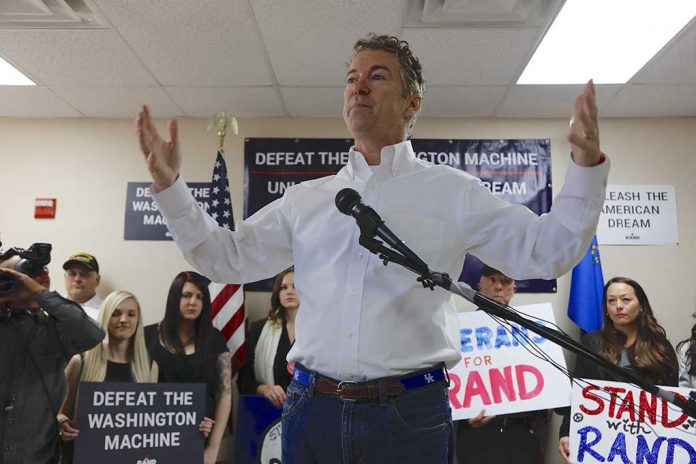 (NewsReady.com) – The 2020 election will go down as one of the most contentious in American history. Allegations of voter fraud and inaccuracies were rampant. People questioned whether machines were changing votes. Others said they saw a van dropping off ballots at precincts where Democrat Joe Biden was trailing and suddenly he pulled ahead. Michigan, Georgia, Nevada, Arizona and several other states all had their results questioned.

Then-President Donald Trump took the allegations seriously. He dispatched his legal team to the states where there were questions about the legality of the results and filed lawsuits. His lawyers held press conferences and spoke to legislators. They even brought out witnesses. Unfortunately, none of that was enough and the courts refused to hear the cases.

One Republican lawmaker explains how the system allowed that to happen.

In April, during a Heritage Foundation event, Senator Rand Paul (R-KY) spoke out about the court system. He said it’s “untrue” that the court heard the election cases because they’ve “been hesitant to get involved in elections.” The lawmaker explained the courts refused to hear the cases on standing, not because of the merits of the cases. It isn’t like they heard the arguments, then decided they were wrong.

That means the cases were never really resolved. The lawsuits were never decided on their merits and the evidence was never heard. Now, we’re going to go into another election and the American people aren’t going to know if they can trust the results. All of that could have been avoided if the justice system functioned properly and the Trump team had received its day in court.