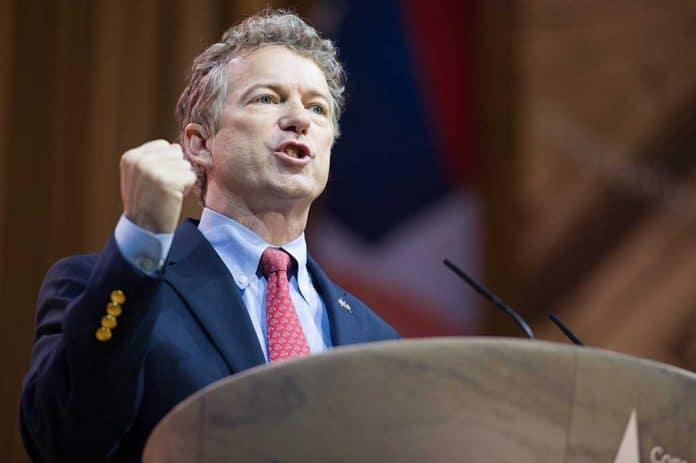 (NewsReady.com) – On September 9, President Joe Biden ordered a sweeping vaccine mandate that could affect upwards of 100 million Americans. The order came after months of promises the administration made saying the president would not take action at the federal level. Senator Rand Paul (R-KY) slammed the POTUS for ignoring science.

Paul took to Twitter after the president announced the mandate. He criticized Biden for imposing an order that doesn’t make an exception for people who already had COVID-19 and developed antibodies naturally. Paul called the order “unscientific.”

Vaccine mandates that ignore natural immunity ignore the science, are unscientific, and should not be adhered to or promulgated by the government. https://t.co/41FQRLEkxw

Several governors are also criticizing the administration for ordering OSHA to force employees with more than 100 employees to mandate vaccines or strict testing policies. Mississippi Governor Tate Reeves (R) said the president “has no authority to require that Americans inject themselves” with the COVID-19 vaccine, calling him a “tyrant.”

Republicans across the country are vowing to protect the American people from what they believe is an unconstitutional order.