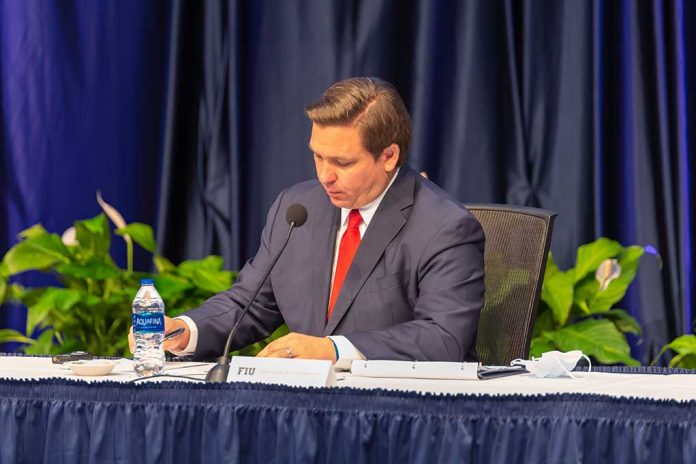 (NewsReady.com) – Riots swept through the US during the summer of 2020. They caused at least $1 billion worth of damage. One Republican governor plans to stop them from happening in his state.

On Monday, April 19, Florida Governor Ron DeSantis (R) signed an anti-riot bill into law in his state. It will increase penalties for crimes committed during protests and is reportedly aimed at stopping “public disorder.” During a press conference, the governor said it’s the “strongest anti-rioting, pro-law enforcement” law in the US.

Democrats and other activists were vehemently opposed to the legislation. ACLU Florida Legislative Director Kara Gross called the language of the law “overbroad and vague,” claiming that people peacefully protesting could be arrested, too.

ICYMI: Yesterday I signed HB 1, which holds those who incite violence in our communities accountable and supports Florida’s law enforcement officers who keep us safe. Watch the full announcement at @rumblevideo. https://t.co/fMsFapXcQc

During the 2020 riots, protesters damaged property in Tampa, even burning down a building. The governor wants to ensure nothing like that ever happens again in the Sunshine State. It’ll be interesting to see whether other state legislators take his lead to protect their cities from the unnecessary destruction brought about by criminals who want to take advantage and exploit peaceful demonstrations for their own personal gain.