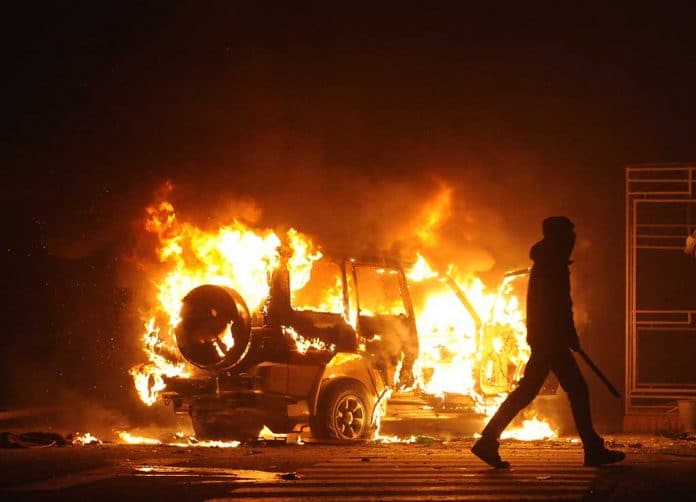 (NewsReady.com) – Over the last year, dozens of riots have occurred across the country. In Portland, the city had more than 100 protests over the summer of 2020. Many of them turned into riots. In Seattle, part of downtown was under siege by Antifa members for days. A Montana Republican has now introduced a bill that he hopes will stop that from happening again.

According to May 13 reports, Rep. Matt Rosendale (R-MT) is going to introduce the “Lawless Cities Accountability Act.” The legislation would cut off funding for cities that the attorney general deems a “lawless jurisdiction.” Those are regions the lawmaker thinks turned a blind eye to criminal behavior like cities that have defunded their police departments. He told Fox News that he doesn’t believe “cities that continue to encourage criminal rioting and lawlessness” should receive federal funding.

In honor of National Police Week, I introduced the Lawless Cities Accountability Act which prevents federal funding for cities that encourage rioting and lawlessness. Law enforcement officers are constantly attacked, and it's time we #BackTheBlue. https://t.co/vivXa8Vn4r

What’s unfortunate is that Democrats will never support this legislation. That means that as long as they are in charge of Congress and the White House nothing is going to get done. If Republicans take back the majority in 2022 then maybe, just maybe, they can set about protecting America.