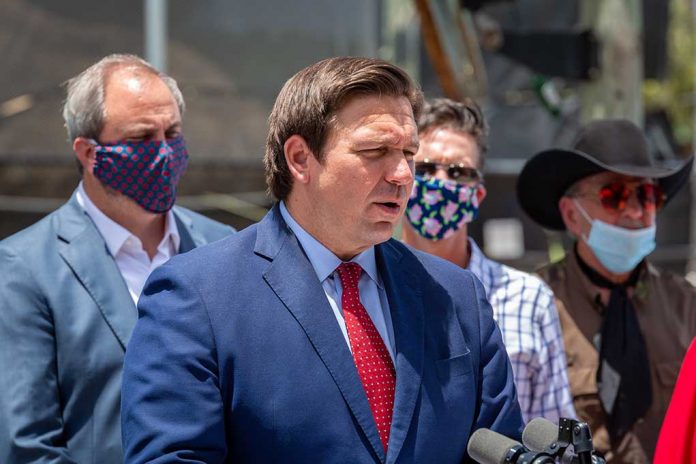 (NewsReady.com) – The contentious 2020 election left a bad taste in the mouths of a lot of people. The allegations of voter irregularities and fraud left millions of Conservatives doubting the results. It got so bad, the American people weren’t even sure who their next president was going to be until two months after election day. The uncertainty surrounding the votes rivaled the drama of the 2000 Bush v. Gore election.

Six months after Election Day, one thing is certain: nobody ever wants that to happen again. That’s why Republicans across the country are trying to prevent another election like that one by passing clear voting measures. Florida did just that this week.

On May 6, Florida Governor Ron DeSantis (R-FL) signed a comprehensive voter security bill into law. The new law is a lot like the one Georgia passed in March. The governor explained that it’ll keep mail-in voting accessible to those who use it. The alternative method is fairly popular in the state and has been for a number of years. However, it would protect the integrity of the system by outlawing the mass mailing of ballots in the state. People who want to vote that way will have to ask for an absentee ballot in the future.

Additionally, people will no longer be allowed to give voters food and water if they’re waiting in long election lines. This is to prevent voters from being persuaded to vote a certain way. Voter ID laws, which are already in place in the Sunshine State, will be strictly enforced moving forward. The practice of ballot harvesting is now illegal and the rules that govern drop boxes will be tightened.

All of the provisions are meant to ensure that Florida can continue to have open and fair elections without worrying about mass voter fraud.