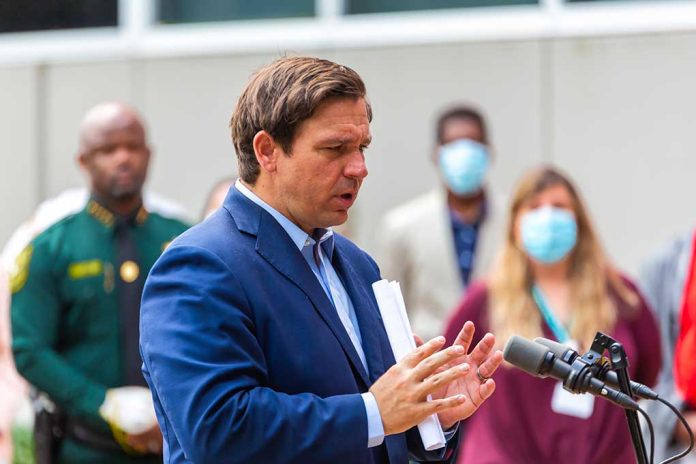 (NewsReady.com) – When Governor Ron DeSantis (R) signed the Parental Rights in Education bill into law in March, the Left went wild. For weeks, they’d been calling it the “Don’t Say Gay” bill because it prohibits teachers from discussing sexual orientation and gender identity issues in K-3 classrooms. That means teachers won’t be allowed to discuss transgender and LGBTQ issues with 5-year-olds. In the weeks leading up to the signing of the bill, one company was noticeably silent: Disney.

Finally, about two weeks before DeSantis signed the bill, Disney CEO Bob Chapek took a stand against the bill. After the governor signed it, the company’s executive vowed to help repeal the legislation. That set Republicans off, and now they’re going after Disney’s Reedy Creek district.

On April 20, the Republican-led state Senate passed a bill to dissolve the Reedy Creek Improvement District, the special tax district that allows Disney to govern about 25,000 acres of land in Central Florida where the park sits. The park has had a special deal with the state since the 1960s because the counties where it sits, Orange and Osceola, didn’t have the resources necessary to host the park themselves. It also gave Disney more autonomy.

The deal allows the corporation to have wide authority over its property and collect all of the property taxes generated just like any other city or county would. DeSantis decided to go after the special district after Chapek spoke out, and now the state is following through. The bill passed the House on April 21 and was signed by the governor on April 22. The bill goes into effect on July 1, and will abolish Disney’s special status by June 1, 2023.

What Happens if Reedy Creek Is Dissolved?

The obvious question is: what happens when the company loses its special status? According to Orlando’s WFTV 9, the impact on Disney will be minimal. It will mean more red tape for the company when it wants to renovate buildings or make improvements to roads. Instead of granting itself permission, it will have to go through county governments.

The impact on the counties could be major, however. Once the district is dissolved, Orange and Osceola will absorb all of the infrastructure and Reedy Creek employees. The counties will become responsible for all of the infrastructure maintenance, so roads, bridges, sewers, etc. In return, they will also collect the tax revenue Disney now receives.

While the tax revenue collection might be great for the counties, they will also absorb all of Reedy Creek’s debt. Currently, the district operates at an annual loss of about $5 to $10 million and owes $1 billion in debt. The counties will own that.

Of course, the battle over the district will likely wind up in court.