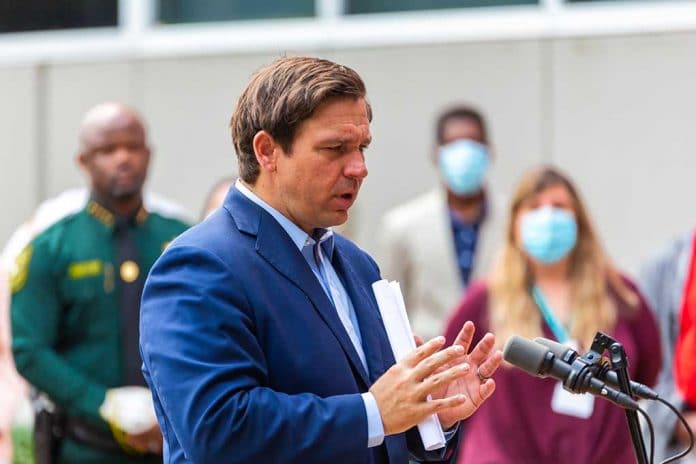 (NewsReady.com) – Florida Governor Ron DeSantis (R) handled the COVID-19 outbreak in his state by being basically hands-off. He made it clear that Floridians have the right to make the decisions they feel are right for their families with minimum government interference. That’s why he was appalled enough by Australia’s recent lockdowns to speak out.

On Tuesday, September 28, DeSantis spoke at the International Boatbuilders’ Exhibition and Conference in Tampa. He pointed to Australia as an example of a country that’s gone “dramatically off the rails.” The governor said the nation is still enforcing COVID-19 lockdowns using the military. He wondered if the US should maintain the same diplomatic ties to the country.

The Florida governor is a rising star in the Republican Party because of his commitment to freedom. Should he choose to run for president again, the 43-year-old might even be a possible running mate to former President Donald Trump. If the 45th POTUS doesn’t try to take back his job, many Conservatives have said they’d like him to run for the nomination.