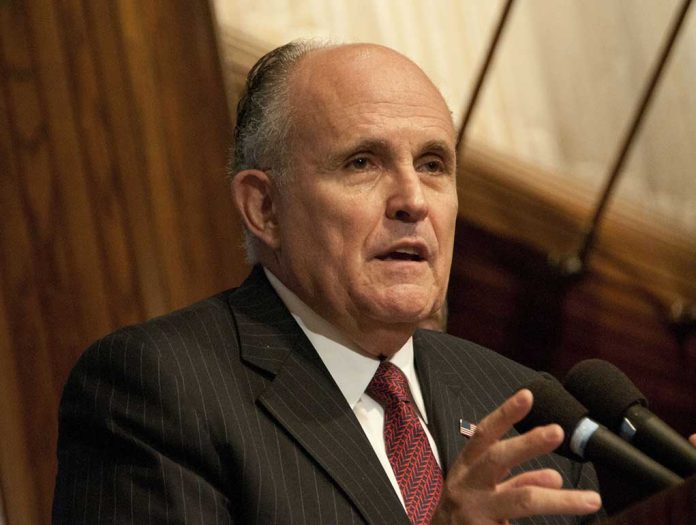 (NewsReady.com) – On Sunday, June 26, “America’s Mayor” Rudy Giuliani visited a ShopRite on Staten Island to campaign for his son Andrew, who is running for mayor of New York City, the position he once held. While at the store, an employee was accused of attacking the 78-year-old. Now, the man is facing charges.

Giuliani walked out of the restroom at the store, and a group of people surrounded him. The New York Post reported former President Donald Trump’s election attorney was speaking to the crowd when he felt a “Bam!” hit his back, he said. Giuliani claimed he felt a “tremendous pain” in his back and heard someone call him an “[expletive] scumbag.”

The attorney said the force of the slap made him stumble. The person who hit him reportedly continued to yell, accusing him of trying to kill women, likely a reference to the Supreme Court’s (SCOTUS) federal abortion rights reversal.

The suspect, who was identified as Daniel Gill, was charged with felony assault. However, on Monday, the charge was downgraded by the Staten Island District Attorney’s Office. He’s now facing misdemeanor assault and two other minor charges. The former mayor told reporters the country turned into the “Wild, Wild West,” and he wants to see Gill prosecuted.

Gill’s attorney, Susan Platis, reportedly told a Staten Island Criminal Court judge that the alleged slap was just a “tap on the back.” Judge Gerianne Abriano released the suspect on bail.