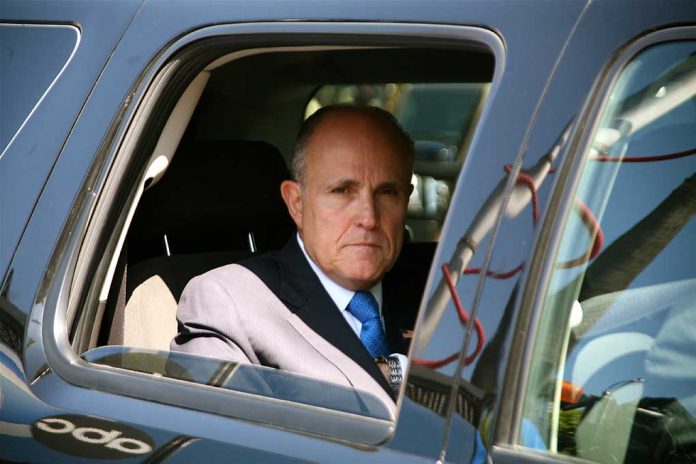 (NewsReady.com) – The Left has been targeting former New York Mayor Rudy Giuliani for months because of his involvement in the efforts to make sure the 2020 election was free and fair. A few months ago, there were rumors that New York state might be targeting his law license. This week, former President Donald Trump’s ex-personal attorney got some bad news.

On June 24, The Appellate Division of the New York Supreme Court issued a ruling “immediately suspending” Giuliani’s law license. The court accused the former US Associate Attorney General of making “demonstrably false and misleading statements” to the courts during his fight over the 2020 election results for Trump. The justices said they believe he’s an “immediate threat” to the public and accused him of inflaming tensions, which led to the January 6 incident on Capitol Hill.

The court also claimed the “country is being torn apart by continued attacks on the legitimacy of the 2020 election.” That line makes it sound like the decision to suspend Giuliani’s license was political in nature, not because he violated his oath as an attorney. His lawyers, Barry Kamins and John Leventhal released a statement calling the decision “unprecedented,” saying they believe they’ll ultimately see a favorable outcome.

The suspension is not permanent right now and, according to the court, Giuliani will have an opportunity to have it reinstated at some point. He will now face disciplinary proceedings and be able to fight the suspension. His punishment could include disbarment or a written warning.