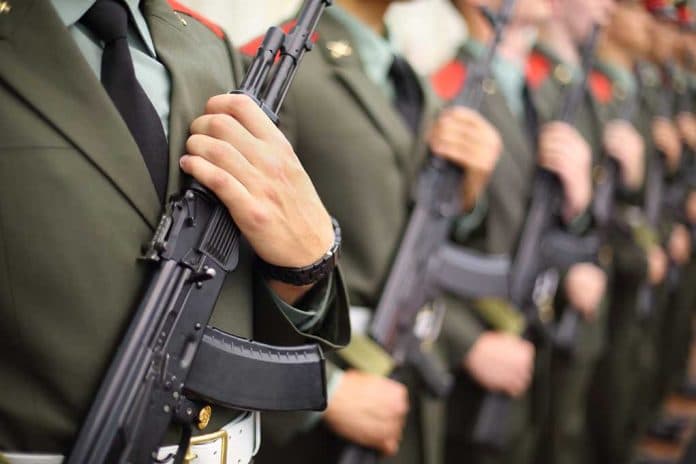 (NewsReady.com) – The two biggest military threats to the US are China and Russia. Those two nations also have adversarial relationships with America, and both have multiple US sanctions levied against them for various violations. Now, they’ve teamed up, and it’s quite concerning.

On Friday, August 13, Russian Defense Minister Sergei Shoigu praised a military agreement between Moscow and China. The two countries took part in the Sibu/Cooperation-2021 joint drills involving more than 10,000 troops. The wargames took place on land, on the sea, and in the air. Shoigu said the agreement between the two nations could develop even further.

The joint Russian and Chinese drills have been taking place since 2005. But, this was the first time they took place in China. The Russian soldiers also reportedly used Chinese weapons for the first time.

Obviously, any relationship between China and Russia is bad news for America. Both countries have advanced militaries, and the US has accused them both of aggressive actions toward America’s military in the past. The latest developments in the alliance come as the US grapples with how to respond to cyberattacks carried out by bad actors from the two countries.

It’s not just a threat to America, though. Both Russia and China have also acted aggressively toward other nations in recent years. Russia annexed Crimea, a Ukrainian territory, and China has been threatening an invasion of Taiwan.

It’s uncertain if President Joe Biden has a plan to respond to the Chinese and Russian threat.