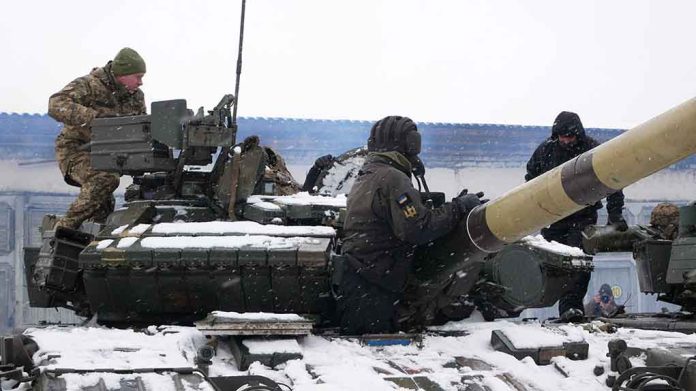 (NewsReady.com) – For nearly two months, Russia has been attacking Ukraine. The unprovoked war has killed thousands on both sides of the fight and doesn’t look like it’s going to end anytime soon. Recently, Russia was allegedly dealt a major blow.

On April 14, Ukrainian officials said their forces hit the lead ship, the Moskva, of Russia’s Black Sea fleet, with missiles. The Russian military didn’t admit their ship was hit with Ukrainian missiles; instead, Newsmax reports officials claimed there was a fire on the ship. The entire crew, which is usually 500 sailors, had to evacuate the vessel. They claimed the fire was contained and another ship allegedly towed it into port.

Beyond any reasonable doubt that the 11,490 ton SLAVA Class cruiser #Moskva has been hit off Ukraine

Even Russian sources report it

The close-in defenses on this ship were dated pic.twitter.com/5rmlg6IpKa

Reports say removing the ship from rotation would be a major blow to the Russian military if the Ukrainian reports are true. While Ukraine’s officials celebrated their alleged victory, Major General Igor Konashenkov, Russia’s Defense Ministry spokesman, said more than 1,000 of Ukraine’s troops surrendered at a Mariupol factory. Vadym Denysenko, an advisor to Ukraine’s interior minister, disputed the claims. Mariupol’s mayor recently revealed at least 10,000 civilians lost their lives in the port city.

As the battles rage on, neither side is apparently ready to throw in the white flag.