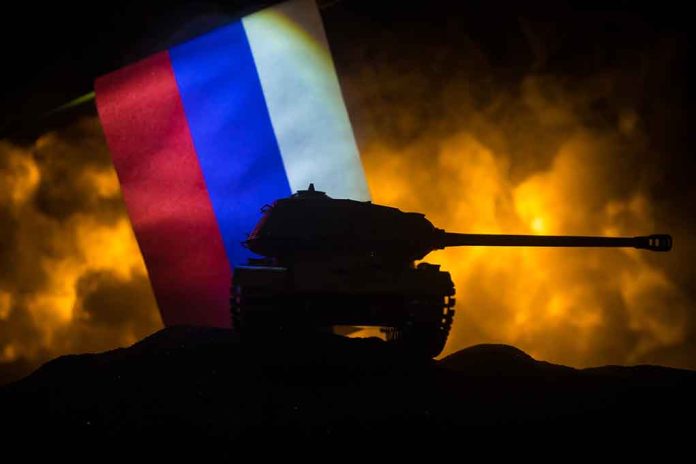 Russia Unveils TERRIFYING New Weapon – It Could Change Everything

(NewsReady.com) – Russian President Vladimir Putin isn’t letting his occupation of another country prevent him from building up his military. While his troops are in another country allegedly committing war crimes, Putin has been busy at home. On Wednesday, May 18, the country touted a new tool in its war chest.

The Russian military’s newest generation of laser weapons is complete. Its creation of the first generation of weapons was first announced in 2018 by Putin. At the time, he claimed the weapons were so advanced they could destroy drones and blind orbiting satellites. The laser weapon is known as Peresvet, named after Alexander Peresvet, a medieval warrior monk who died in mortal combat. But, there’s a new version that’s even more powerful.

Yury Borisov, Russia’s deputy prime minister in charge of military development, claimed a test on Tuesday showed the new generation of lasers, called Zadira, could destroy a drone just over three miles away in five seconds.

A reporter asked Borisov if the weapons are being used in Ukraine; he said, “Yes.”

The mobile laser system is apparently already being used by troops and can burn a drone out of the sky in 5 seconds. https://t.co/6FDt3WqGFv

Reuters tried to verify if the test took place, but wasn’t able to.

Later that night, Ukrainian President Volodymyr Zelenskyy mocked Putin’s new weapons. He compared them to the “wonder weapons” the Nazis introduced during WWII, which were created when Hitler became desperate and tried to turn the war around. The weapons remained prototypes and were never actually used during the war.