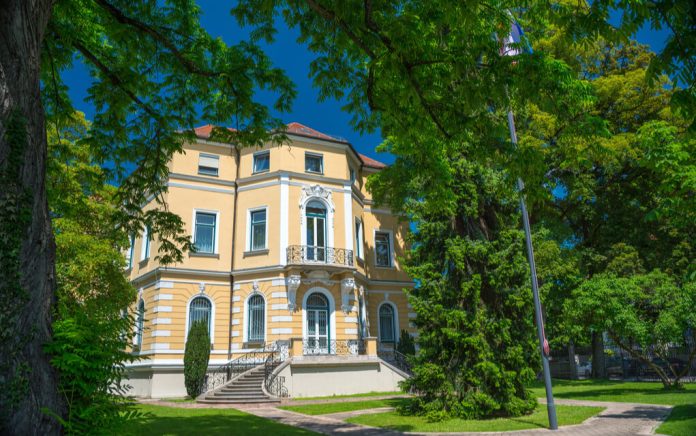 (NewsReady.com) – President Vladimir Putin ordered an invasion of Ukraine at the end of February. He claimed he was trying to remove Nazis from the country ruled by Jewish President Volodymyr Zelenskyy, who lost family in the Holocaust. In the wake of the attacks on the Ukrainians, Russian embassies are being defaced.

“MURDER” was painted on a sidewalk in front of the Russian embassy in Washington, DC, on February 24. The Secret Service received a call about someone painting on the sidewalk. Afterward, a woman was reportedly handcuffed and led away.

Protesters in Europe defaced two Russian embassies. Red paint was thrown on the gates of the embassies in Munich, Germany, and Dublin, Ireland.

Russian consulate in Munich and embassy in Dublin now pic.twitter.com/PMCJSidQuf

Tensions have continued to escalate.

On Sunday, February 27, a Ukrainian delegate agreed to meet a Russian delegate on the border of Belarus to negotiate an end to the conflict. That same day, the Ukrainian health ministry alleged more than 350 civilians had died as a result of the conflict, including 14 children. More than 1,600 others reportedly suffered injuries.

Russia has said it’s not targeting civilian areas. Since the invasion, over 500,000 refugees have fled Ukraine since the conflict began.