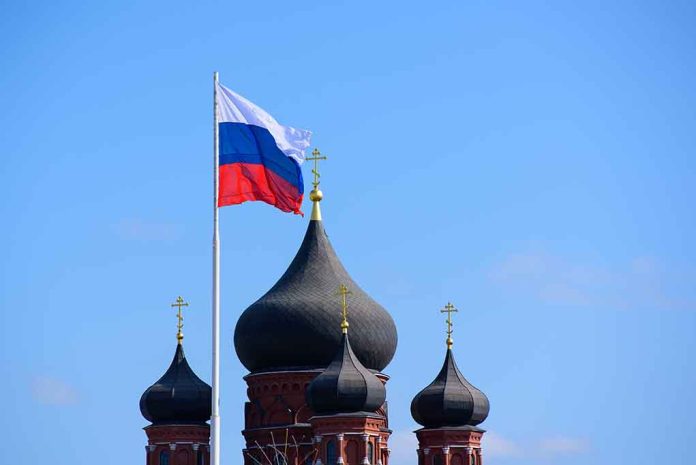 (NewsReady.com) – When Russia launched the attack on Ukraine on February 24, there was a widespread belief that the conflict might not last long. Four months later, however, it doesn’t seem it’s going to end any time soon, and Russian President Vladimir Putin’s military is suffering greatly. So much so that families of some soldiers are asking the president to stop.

On June 20, Novaya Gazeta reported the parents of the 49 soldiers who survived the sinking of the flagship Moskva when it sank in April wrote a letter to the Russian military prosecutor of Crimea and the Committee of Soldiers’ Mothers of Russia. They want their children to be exempt from a June 30 scheduled reassignment to the Russian frigate Ladny.

The parents of 49 surviving Russian soldiers aboard the country's flagship Moskva when it sunk in April are demanding their sons not be sent back to fight in Ukraine. https://t.co/WXPB6oaRah

In the letter, the parents reported said their children are “conscripts,” or drafted soldiers, who were “unlawfully involved” in Russia’s military operation and now have “psychological trauma as a result of” the sinking of the ship. Moskva was allegedly hit by Ukrainian fire while it was stationed in the Black Sea. The concerned parents went on to say it’s “unacceptable” to force the soldiers to go back into war after the suffering they’ve endured.

The Russian government has not yet responded to the request by the parents.

Do you think Putin will listen to the parents’ pleas?