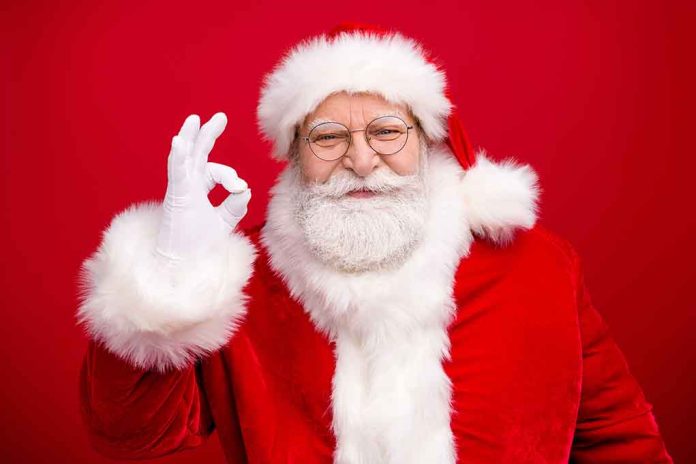 On Saturday, December 18, Santa was touring Pilesgrove, New Jersey, with the crew on Reliance Fire Company Ladder 12-6, a volunteer fire service to bring joy to the town’s people. They were about 30 minutes into their adventure when they noticed smoke coming from a three-story residence. Father Christmas quickly started helping the home’s residents evacuate. He was the one who alerted the family members about the blaze, who were unaware the home was on fire.

Santa and a group of firefighters happened upon a house fire in New Jersey and saved the family inside. “Thank you, Santa, and the Reliance Fire Company.” https://t.co/8K10LV2EvR

Fire Chief Brian Facemyer told NJ.com that an adult woman and five kids were inside the home when the fire started. It appeared to have been the result of a chimney malfunction. The fire was in the wall next to the chimney where the family’s wood stove was located. Fortunately, the firefighters were able to extinguish the flames, which were contained in the walls and floors.

The New Jersey Santa rescheduled his town tour for the next night. He reportedly didn’t want to disappoint the townsfolk. The event the next day went on without a hitch — exactly as one could expect from Kris Kringle.