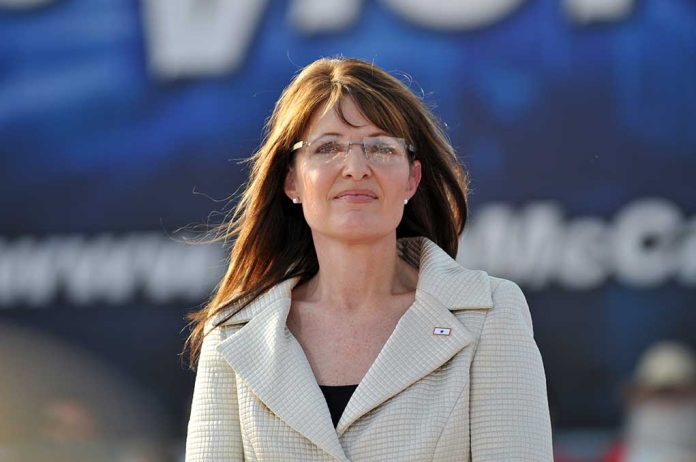 (NewsReady.com) – Former vice presidential nominee Sarah Palin has re-entered the political arena after leaving it for more than a decade. She’s hoping Alaskan voters will send her to Capitol Hill to represent them in Congress. It looks like that is a very real possibility.

According to a Must Read Alaska poll, Palin has surged to the front of the primary field. The survey asked 955 likely primary voters who they would vote for if the 2022 congressional election were held today. Palin received 31% of the voters’ support, while Democrat Al Gross came in second with 26%. What’s more telling is that the person in third, Republican Nick Begich, received 21%; meanwhile, Christopher Constant, the next Democratic candidate in fourth place, had the support of 7% of the respondents.

That means the GOP had a whopping 52% of the support when measuring the top four candidates. If the support holds in the November election, a Republican candidate could sail to victory.

While Palin was in first place in the poll, she did have a problem. Of the voters who responded, 51% said they had an unfavorable opinion of the former Alaskan governor. That could be because Palin resigned from her position in 2009, halfway through her term. How that impacts the election remains to be seen, but so far, she is polling very well.