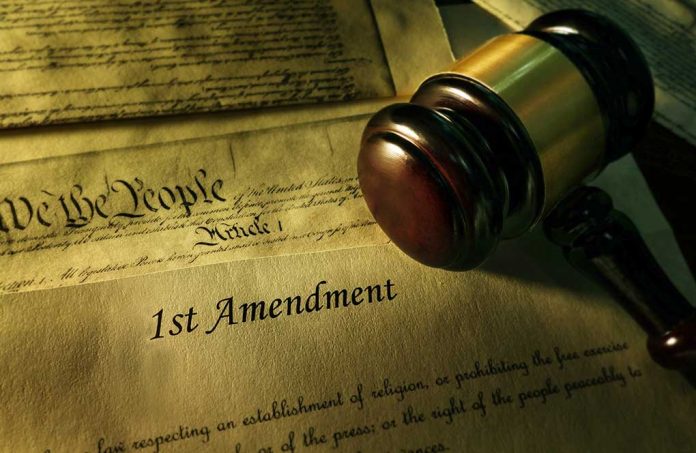 (NewsReady.com) – In 2017, 14-year-old Brandi Levy was a freshman cheerleader at her Pennsylvania high school. After failing to make the varsity squad, she became angry about it and took to Snapchat to vent. The school’s response to her off-campus rant led to a lawsuit which is now headed to the Supreme Court.

School officials saw the post and suspended the student from cheerleading for the remainder of the year, claiming she violated the school’s code of conduct. Levy responded with a lawsuit, accusing the school of attempting to violate free speech laws. Now, the Supreme Court will decide whether a school can apply rules to speech for students outside of school.

When 14-year-old Brandi Levy didn't make the varsity cut as a freshman cheerleader, she sounded off on social media. Now her post is at the center of a Supreme Court battle over free speech. https://t.co/s0Xrriv44i

There is some precedent for schools being able to limit students from expressing certain views within the learning environment, especially if speech becomes disruptive or harmful. For example, the Supreme Court decided that schools could “take steps to safeguard those entrusted to their care from speech that can reasonably be regarded as encouraging illegal drug use” in Morse v. Frederick (2007). However, questions remain over whether schools maintain the legal right to take action when students aren’t at school.

American Civil Liberties Union (ACLU) attorney Sara Rose, who is defending Levy in the case, said that when children leave school, they’re no longer under that institution’s supervision. They fall under their parent’s jurisdiction instead. Thus, parents should “decide what’s appropriate” for their kids to say, or refrain from saying, while they’re at home.

If the high court rules in favor of the school, it would deny students their right to free speech and parents the right to raise their children as they see fit.