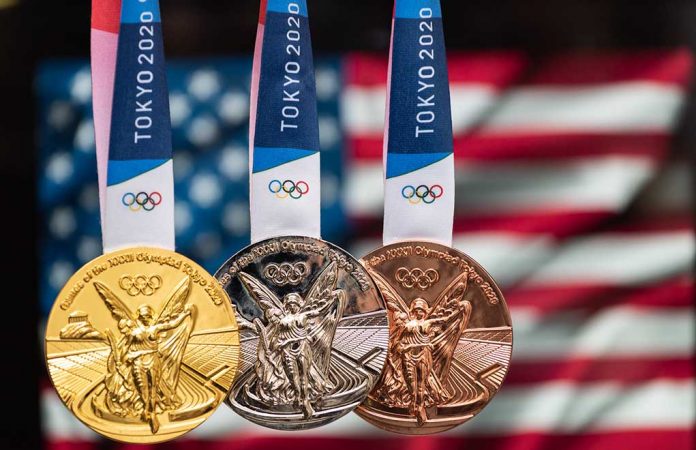 (NewsReady.com) – On Saturday, June 26, hammer thrower Gwen Berry stirred up controversy when she turned her back on the American flag at the Olympic trials. Patriotic Americans were outraged by her actions, but the White House dismissed it. On Monday, June 28, Press Secretary Jen Psaki told a reporter that President Joe Biden believes that the country hasn’t always “lived up to our highest ideals.” Fox News’ Sean Hannity slammed the administration later that day for its response.

Hannity started out by demanding to know why Berry is even competing to represent the country she isn’t proud of. He went on to say that athletes who are using sports to protest are just destroying the unification people feel when watching the games because they’ve made it political. He took aim at Biden saying it’s no surprise that “President Sippy Cup is offering his support.”

During her remarks about the topic, Psaki said Biden believes every American has the right to protest. That is certainly true and the First Amendment makes that clear. However, is it really appropriate for Berry to turn her back on the flag of the country that has helped her become a top athlete? And, why IS she competing to represent the USA if she feels that way?