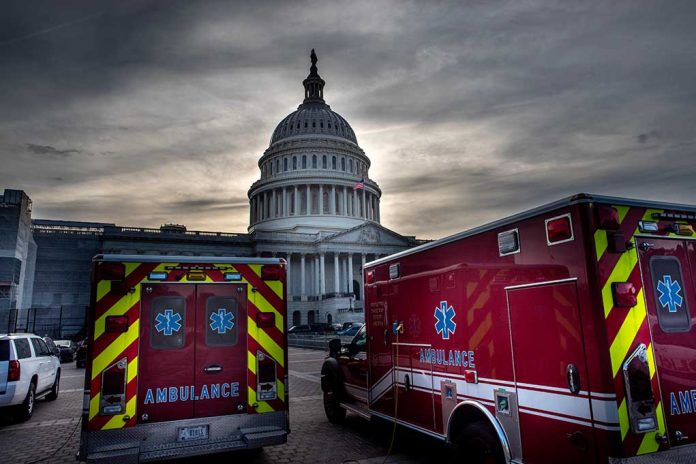 (NewsReady.com) – The political climate has gotten more toxic over the years. Signs of this include Republicans being shot at a baseball practice and bombs being mailed to political leaders and media figures. Former President Donald Trump and current President Joe Biden had their lives threatened multiple times. Most recently, the Secret Service had to step in to protect the vice president’s husband.

On Tuesday, February 8, Vice President Kamala Harris’ husband, Doug Emhoff, was at a Black History Month event at Dunbar High School in Washington, DC, when the Secret Service had to cut the event short. “We have to go,” a Secret Service agent told the second gentleman about halfway through the event. The school alerted the federal law enforcement agents about a threat, and everyone was evacuated.

Emhoff’s spokesperson, Katie Peters, explained the Secret Service took steps to protect him after they were “made aware of a security threat.” She went on to say the vice president’s husband was safe and everyone was grateful to the DC Police and the Secret Service.

The incident comes just a week after more than a dozen historically black colleges and universities received bomb threats at the beginning of Black History Month. FBI agents reportedly identified six underage suspects in those cases. It’s unclear who was responsible for the threats at Emhoff’s event.