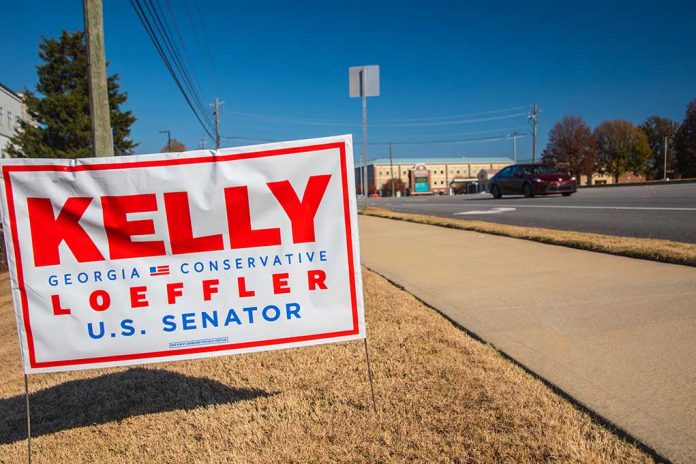 (NewsReady.com) – Republican Georgia Senators Kelly Loeffler and David Perdue will learn their fates on Tuesday, January 5. Georgia voters will head to the polls and decide who they want to serve in the Senate for the next six years. And, Loeffler has issued a warning to Republican voters.

During a January 3 “Fox News Sunday” interview, Loeffler said the Georgia runoff is the last chance for Republicans to secure the future of the country. If Democrats take control of the Senate and the White House, they’ll be able to push their radical agenda through. The senator said the race is a “stark contrast between the freedoms… or socialism, government control.”

ICYMI: @KLoeffler urges GA voters to get out and vote on Jan 5th because "The future of America is on the ballot." #FoxNewsSunday

Right now, there are two things stopping the Democratic Party’s radical takeover: President Donald Trump and the GOP-controlled Senate. If the Left succeeds, they can force government-run healthcare on Americans, kill the filibuster, pass tax increases, amnesty, you name it.