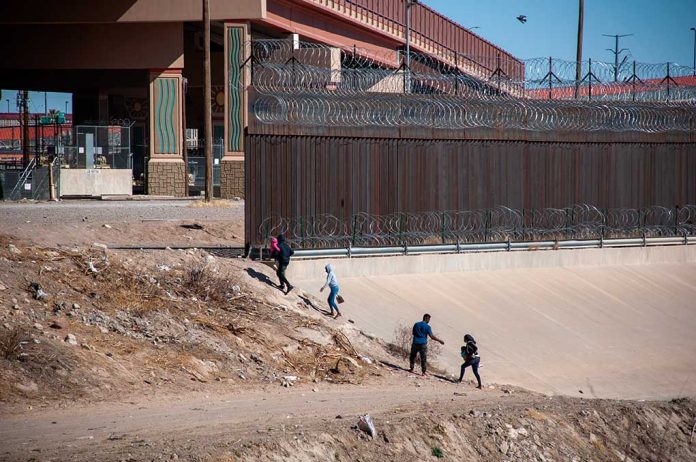 (NewsReady.com) – Last Friday, March 26, a group of GOP senators visited the southern border and were confronted with shocking scenes of chaos caused by the Biden administration’s incoherent immigration policies. Then, they witnessed something shocking.

The group was abused and taunted by Mexican criminals who promised the flood of illegals isn’t stopping anytime soon.

When 18 Republican senators visited the border with Mexico on March 26, they found border officials swamped by the sheer volume of people crossing the border since Biden took over. Senator Mike Braun (R-IN) described overflowing camps – and dozens of migrants being detained under a bridge to provide some shelter. Senator Ted Cruz (R-TX) saw multiple cages full of detained children.

US senators visiting the border were heckled by coyotes.

They yelled “whatever you do were coming“

Worst of all, the senators were taunted and threatened by “coyotes” from the Rio Grande’s south bank. These criminals, employed by the Mexican cartels, charge thousands of dollars to smuggle illegals into the US. They told the legislators, “whatever you do, we’re coming.” With Biden in the White House, they’re probably right.