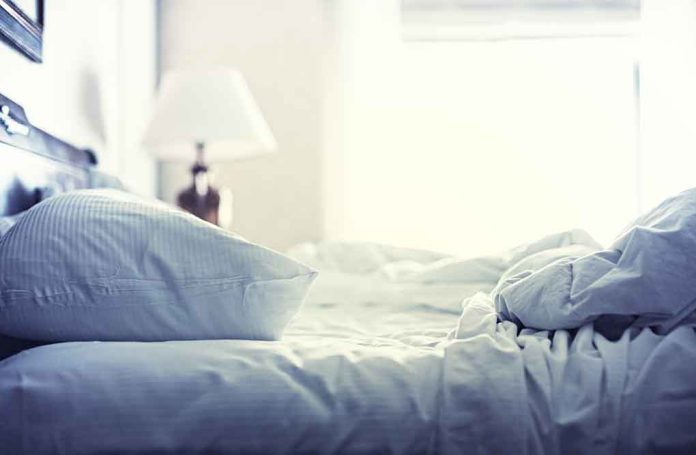 (NewsReady.com) – Country music fans were in shock last weekend after a popular Oklahoma singer died suddenly just hours after getting married. Jake Flint apparently passed away in his sleep on his wedding night. So far, nobody knows why.

(NBC) – Country singer Jake Flint has died just hours after getting married, according to people close to him. He was 37. https://t.co/3hHXIEdcti

Thirty-seven-year-old Jake Flint was a promising red dirt country singer and songwriter from Mounds, Oklahoma, who already had four albums under his belt. The red dirt country genre, named after Oklahoma’s distinctively colored soil, has given the music scene performers like Waylon Jennings and Bob Childers; it’s known for a lively fusion of country, rock, and blues sounds. Flint was known as a hard-working, “dedicated” artist with a lively sense of humor.

On November 26, Flint married his partner Brenda Wilson at a homestead near Claremore, OK. Hours later, he died in his sleep, and manager Brenda Cline announced the tragic news over social media on Sunday. As tributes poured in from the Oklahoma country scene and Brenda Flint posted a wedding day video captioned “I don’t understand,” there’s a profound mystery surrounding the death of the young, happy and healthy singer.