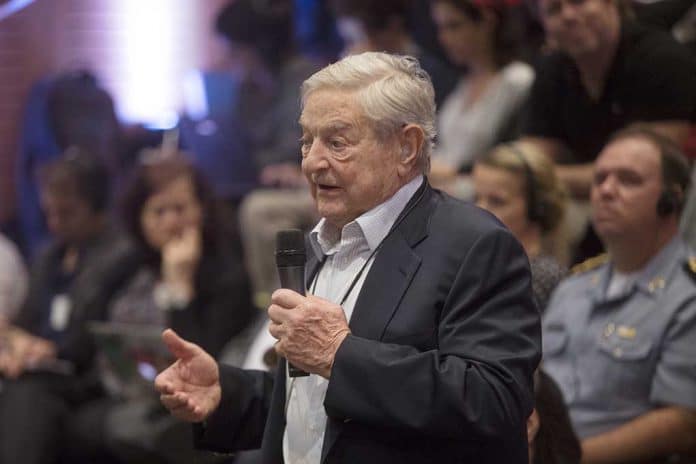 (NewsReady.com) – Democrats have been trying to reform the criminal justice system for years. They’ve been completely unsuccessful at a federal level, but mega-donor George Soros didn’t want to give up. He began to quietly fund district attorney races across the country. One of the candidates he supported won the San Francisco district attorney, but now there is an effort to recall the prosecutor.

A Deadly Hit and Run

On New Year’s Eve, two women, Hana Abe and Elizabeth Platt, tried to cross a road in San Francisco when they were hit and killed. Parolee Troy McAlister is accused of stealing the car, allegedly hitting the women and fleeing the accident scene.

It turns out, the hit and run isn’t the only crime McAlister is accused of committing. According to reports, he was arrested multiple times while on parole. And each time, the district attorney failed to put him in jail or revoke his parole. Boudin’s critics have slammed him for the accident and Sacramento County District Attorney Anne Marie Schubert revealed her colleague once served as McAlister’s defense attorney, leading to questions about conflicts of interest.

The incident has led San Francisco resident Richie Greenberg to start a petition to recall the district attorney. As of January 8, more than 10,000 people had signed the petition. He’s hoping to eventually force Boudin to face a special election.

It wasn’t just the deadly hit and run that turned residents against the DA. Greenberg points to an increase in crime under Boudin throughout 2020; the DA has implemented a number of soft-on-crime criminal justice measures — exactly as Soros wanted.

It’s clear that Soros and the district attorneys he has funded are bad for America. This is exactly what Conservatives were afraid of when the billionaire began funneling money into the local races. But, how many more people will die before Americans are able to vote those officials out of office?