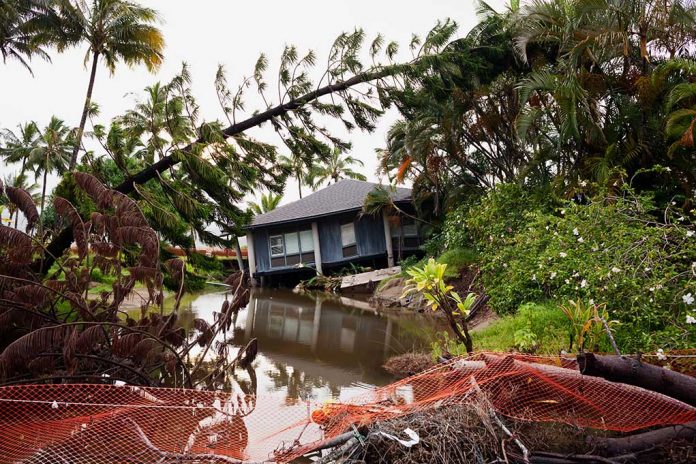 (NewsReady.com) – Hawaii is a beautiful state made up of several islands that millions of visitors from all over the world flock to every year. Unfortunately, the tropical oasis in the Pacific Ocean is in the midst of a crisis.

On March 9, Hawaiian Governor David Ige (D) declared a state of emergency after the islands were ravaged by heavy rain. In Maui, the dam overflowed, destroying homes and forcing evacuations. Two bridges in Oahu collapsed. The weather also caused floods and landslides in other parts of the state. There were flash flood alerts throughout the state all week.

Ige explained he issued the order after seeing the “extensive damage” across the state. He said that the emergency order is going to make “general funds available” to help the people being impacted by the weather quickly.

I’ve just signed an emergency proclamation for the State of Hawai‘i after heavy rains and flooding caused extensive damage to both public and private property across the islands. (1/2) pic.twitter.com/IPiXBznuwh

Residents say it’s the worst flooding they’ve seen in more than two decades. The heavy rains are expected to continue through Friday.