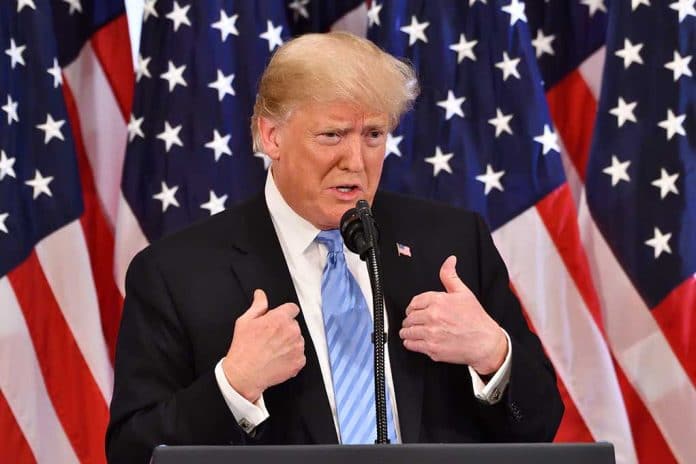 (NewsReady.com) – Former President Donald Trump has had his name on a lot of things, from buildings to a university. However, he has never had a major highway named after him… until now.

On May 28, Oklahoma Governor Kevin Stitt (R) signed Senate Bill 624 into law. The legislation renames a 20-mile stretch of highway on the Oklahoma-Texas border. It also requires the Department of Transportation to erect permanent signs with the highway’s new name, the “President Donald J. Trump Highway.”

A 20-mile stretch of an Oklahoma state highway is being named in honor of former President Donald Trump. Is this a fitting tribute to the nation's 45th president? Would you like to see more honors like this for him? https://t.co/Ra90S2dt2l

Trump was one of the most popular Republican presidents in history. His “Make America Great Again” agenda resonated with Americans from all walks of life. That was on display in 2020, when more than 74 million people came out to vote for him, more than any other sitting president in history. Whether he runs for president again or not, he will forever be memorialized on an Oklahoma highway.