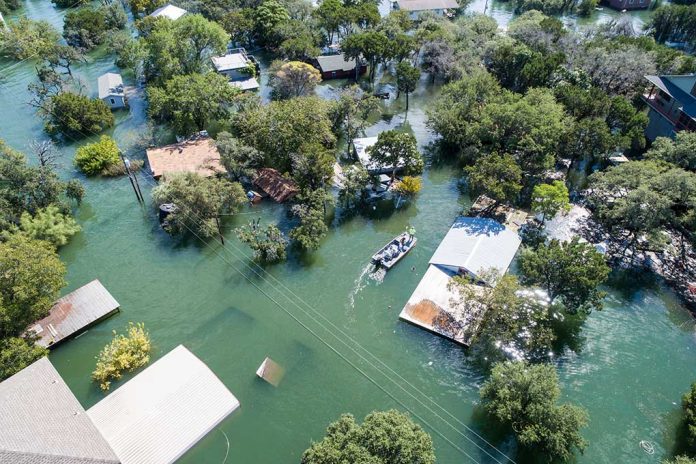 (NewsReady.com) – The Atlantic Hurricane season is in full swing. So far, there have been eight named storms. Five of them impacted the US mainland, including the most recent: Tropical Storm Fred.

On Monday, August 16, TS Fred made landfall in the Florida panhandle. The storm weakened as it traveled up through the south, leaving heavy rainfall in its wake. When it hit North Carolina, the storm really started causing problems. Now, officials have declared a state of emergency and families are wondering where their loved ones are.

On Wednesday, North Carolina Governor Roy Cooper (D) stated, “I have declared a state of emergency for Tropical Storm Fred and spoken to numerous local officials to offer assistance.” The order covers the western part of the state where the Blue Ridge Mountains reside.

Fred swept through the area, dumping as much as 12 inches of rain in Transylvania and Haywood Counties. Rescue workers were busy on Tuesday, rescuing at least 98 people. Initial reports indicated 30 residents were still missing as floodwaters swept through the counties. However, officials later revised that number to 20.

During the storm, upwards of 50,000 people lost electricity. The power companies were able to restore it to all, but 11,600 customers within the following 2 days after the tropical storm hit the area.

Haywood County Emergency Services Director Travis Donaldson told the Washington Post it was some of the worst destruction he’s ever seen from a storm. The storm destroyed or damaged about 10 bridges, a college flooded, and rockslides closed at least one road.

Yesterday will go down as one of the worst flooding events in recent Western NC history. 27 flash flood warnings were issued across 6 WFOs, along with 69 tornado warnings. 98 people were rescued from floodwaters in NC (WRAL) #NCwx pic.twitter.com/Md8ddcPGak

As North Carolina searches for the missing and workers try to repair the damage, hurricane season continues. There are steps people can take to prepare themselves for more potential storms.

Anyone who lives in an area impacted by these types of storms should prepare a kit. That emergency kit should include a number of items:

Also, it’s very important to remember that if a person comes across flooding, they should never try to cross it. The number of people who get swept away in cars because they’ve tried to travel through floodwaters is astounding. North Carolina workers rescued dozens from homes and cars over the last week.

If that’s the only exit, stay put. The currents in floodwaters can easily pick up vehicles and drag them off of the road.

Stay safe and be smart.