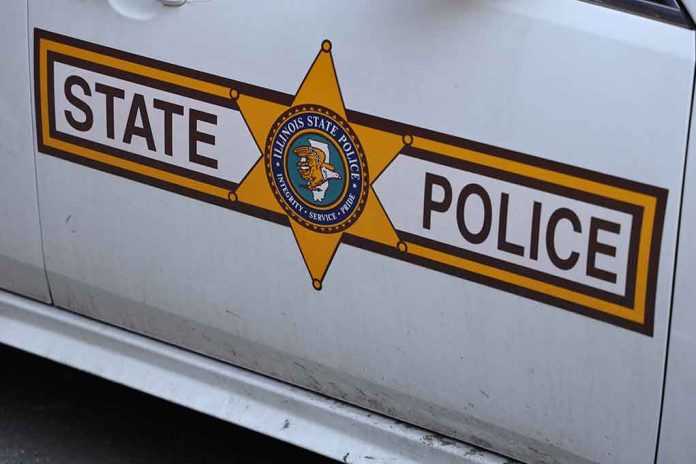 (NewsReady.com) – On July 4, Robert Crimo III allegedly stood on top of a building and fired down on paradegoers below in Highland Park, Illinois. The 21-year-old is accused of only firing his weapon for a short time, but it was long enough to murder seven people, including both parents of a toddler. Now, the suspected shooter is in jail, charged with seven counts of first-degree murder while both the media and police dig into his past to find out what went wrong.

According to reports, the rampage wasn’t the first time Crimo had been accused of violence.

In April 2019, police reportedly visited Crimo after someone said he’d tried to kill himself. Highland Park officers spoke to him and his parents, but chose not to take action because he was allegedly receiving mental health treatment.

In September 2019, one of Crimo’s relatives contacted law enforcement officers and reported the then-teenager threatened to “kill everyone.” The Washington Post reported Christopher Covelli, a spokesperson for the Lake County Major Crime Task Force, revealed the suspect had a collection of knives when he allegedly made the threats. Police took the weapons from him, but never pursued criminal charges because “there was no probable cause to arrest.” None of the family members who’d reportedly been threatened signed a complaint.

At the time of the second incident, Highland Park police contacted the Illinois State Police and filed a “clear and present danger” report. The knives were returned to Crimo’s father the same day after the dad claimed ownership.

Several months after the September 2019 incident, Crimo began purchasing guns. The Illinois State Police said he underwent four background checks in just over a year, three times in July 2020, and once in September 2021. His father, Bob Crimo Jr., sponsored him to get a gun permit in 2019 despite the incidents that took place where he threatened his family.

Crimo Jr. could now be facing some measure of responsibility for the attacks. In Michigan, Jennifer and James Crumbley, the parents of alleged Oxford school shooter Ethan Crumbley, are facing manslaughter charges for buying their son a gun that he later used to kill his classmates. But, it’s unclear if Crimo Jr. will face similar charges.