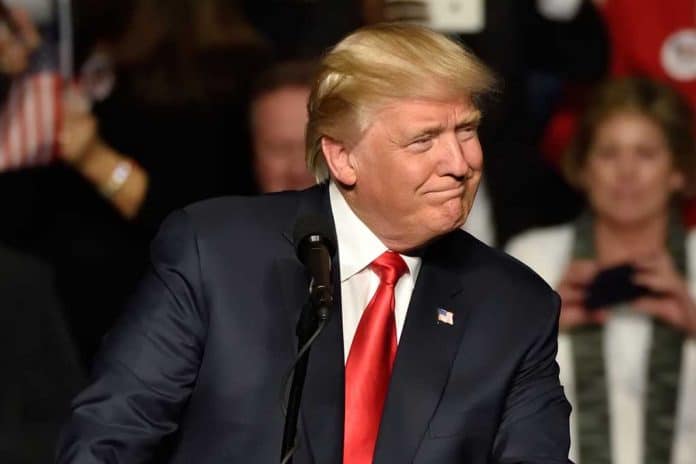 (NewsReady.com) – On March 22, former Missouri Governor Eric Greitens (R) announced a plan to run for Senator Roy Blunt’s (R) seat in 2022. The ex-Navy Seal shot to the head of the polls shortly thereafter. He credits former President Donald Trump’s policies for his success.

According to Trump pollsters David Lee, Tony Fabrizio, and Travis Tunis, Greitens has a nearly 40-point lead over state Attorney General Eric Schmitt in the GOP primary race for the seat.

In an interview with OAN reporter Christina Bobb, the former governor explained how the popularity of Trump’s America First policies encouraged his lead. He also drew attention to the fact that President Joe Biden’s policies seem to be failing by comparison, citing the current immigration crisis as proof.

President Trump is expected to significantly influence the 2022 midterm elections. While he isn’t yet involved in the Missouri Senate race, both he and his policies seem to be at the forefront of voters’ minds. After the last couple of disastrous months with Biden at the helm, it looks like the American people are actively seeking ways to mitigate the damage.