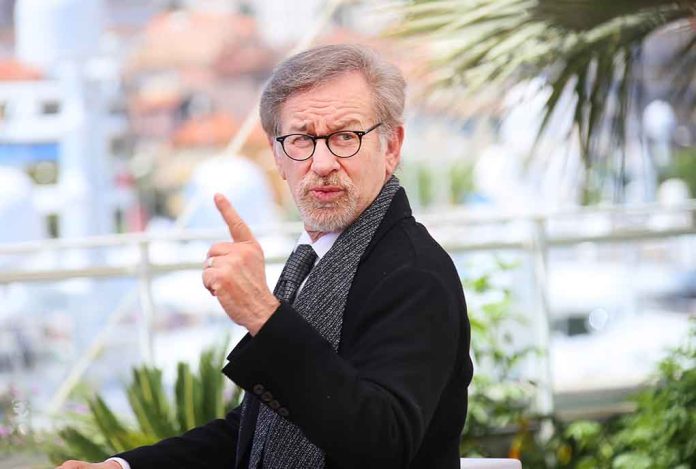 (NewsReady.com) – Steven Spielberg’s “JAWS” is one of the most iconic films of all time. It’s about a killer shark that unleashes terror on a small beach town. The famous film producer now says he regrets his movie.

In 2021, a survey in the journal Nature revealed the shark population has drastically declined since the 1970s. Sharks and rays have seen a 71% decline. Florida Program for Shark Research Director George Burgess told the BBC he thinks the problem was made worse by the “testosterone rush” that swept through the East Coast after the movie was released. On December 18, Spielberg appeared to respond to those claims in an interview on BBC Radio 4’s “Desert Island Discs” podcast.

Newsmax reported that he spoke to host Lauren Laverne about his career. He mentioned he isn’t afraid of being eaten by sharks, but does worry they might be angry with him for “the feeding frenzy of crazy sports fisherman that happened after 1975.”

Thrilled to get the chance to talk work, life and music with Steven Spielberg @amblin for this morning’s #DesertIslandDiscs! “Everybody who says I can tend towards the sentimental is absolutely right!’… Join us on @BBCRadio4 @BBCSounds today! 🏝️ https://t.co/heOMYVreMx

The producer went on to say that one of his regrets is the “decimation of the shark population” because of his film and the book, which was written by Peter Benchley.

Are you a fan of the movie JAWS? Do you think Spielberg’s movie contributed to the overfishing of sharks?