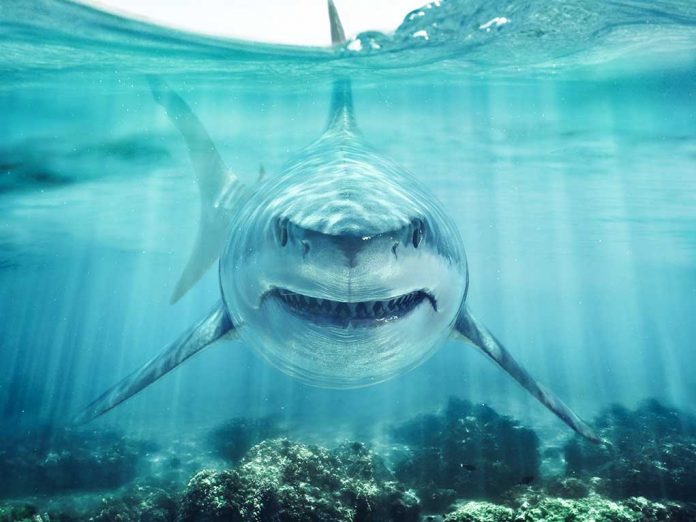 (NewsReady.com) – In 1975, JAWS hit theaters across the country and made millions of people think twice about getting into the water at the beach. The movie depicted a small New England tourist town gripped with fear after a massive shark kills a young woman. The animal goes on to kill a child while he’s playing at the beach. Others are subsequently killed by the shark, and the protagonists in the film try to stop more attacks.

What many people don’t realize is that a summer tragedy inspired the book and movie.

During the summer of 1916, New Jersey residents lived in terror after a series of shark attacks. It all began on July 1, when beachgoers heard a scream. Civilian Sheridan Taylor and lifeguard Alexander Ott ran into the water and pulled Charles Vasant (25) from the ocean. The two said a shark chased them, and the young man didn’t survive his injuries.

Less than a week later, Charles Bruder was swimming in the ocean about 45 miles away from the initial attack when onlookers saw him begin to struggle. Lifeguards went into the water to save him, but when they pulled him into the boat he had no legs. He allegedly told the lifeguards, “A shark bit me! Bit my legs off!” He died from blood loss.

On July 12, 75 miles north of the first incident, 11-year-old Lester Stillwell was playing in a creek when his friends heard him scream. A shark had bitten a chunk of his leg off. He also died from injuries. Thirty minutes later, a shark attacked 14-year-old Joseph Dunn. He was the only survivor.

On July 14, a shark attacked the boat of Michael Schleisser, a Barnum and Bailey lion tamer. He caught the shark near the creek where the boys were attacked. The animal was 7.5-foot-long, 325-pounds. He’d killed it with a broken oar.

When scientists cut open the shark’s stomach, they found 15 pounds of human flesh and bones inside.

That’s how a shark terrorized the Jersey Shore more than 100 years ago, and may have inspired one of the biggest movies of all time.