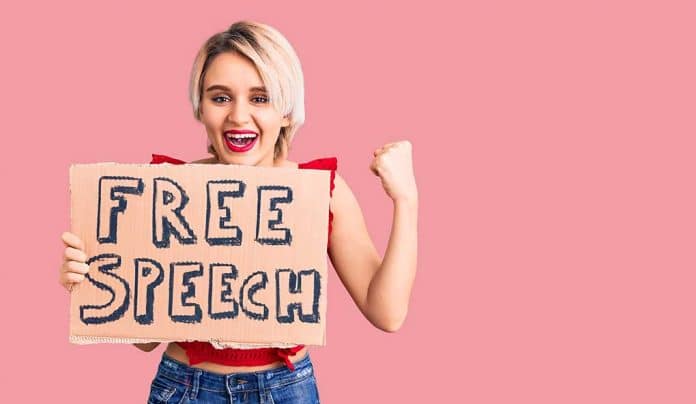 (NewsReady.com) – In 2017, Brandi Levy, then age 14, tried out for the varsity cheer team at her high school in the Mahanoy Area School District in Pennsylvania. Unfortunately, she did not make the team; instead, she was allowed to cheer for the junior varsity squad. Like many teenagers, she took to social media to express her frustration.

In a Snapchat post, she put up a picture of herself and her friend with their middle fingers raised and the caption “F— school, f— softball, f— cheer, f— everything” online. She was off-campus when she made the posts, but it didn’t matter. A person took a screenshot of the photo and showed it to the daughter of a cheerleading coach. It got back to the coaches and they suspended her from the team for a year, claiming the video violated a team rule against “foul language and inappropriate gestures” as well as “any negative information regarding cheerleading, cheerleaders, or coaches placed on the internet.”

Levy’s family sued the school district and ultimately the case went all the way to the Supreme Court. Last week, the judges issued a ruling.

On Wednesday, June 23, the Supreme Court issued an 8-1 decision siding with Levy. The justices agreed the school did not have the authority to suspend her for her speech off-campus.

Justice Stephen G. Beyer penned the majority for the court. The justice said that there are instances when the school still has the right to take action. For example, if a student is bullying, harassing or making threats to other students. However, he said that with online learning, it’s hard for the court to decide exactly what “school-related, off-campus activities belong on such a list.”

Justice Samuel A. Alito Jr. said the decision by the court shows that schools need to “proceed cautiously” if they plan to create rules that regulate the speech of students while they are not on school grounds.

When a student is on campus, it goes without saying that the school has the right to demand students speak with respect. However, to deny them the right to express frustration, even while off-campus, is wrong and the Supreme Court knew it.