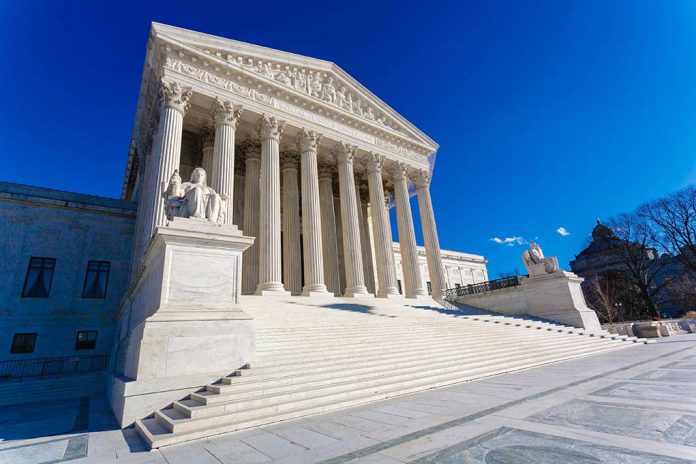 (NewsReady.com) – The National Rifle Association (NRA) launched a pre-emptive strike on President Joe Biden’s anti-gun agenda as the Supreme Court began hearing a case backed by the organization on Monday, April 26. If the case succeeds, it could strike down a swathe of permit requirements and carry bans.

New York State Rifle & Pistol Association v. Corlett is the first major gun rights case the court has handled in recent years. The last one was the 2008 Heller decision that affirmed the right to bear arms for self-defense and struck down Washington, DC’s handgun ban.

BREAKING: The Supreme Court agrees to take up a major gun rights case. In NY State Rifle & Pistol Assoc. v. Corlett, the justices will consider the extent to which the Second Amendment protects the right to carry guns outside the home for self-defense. pic.twitter.com/0uGurWn46r

This case challenges limits on the right to carry a gun outside the home, and it’s targeted squarely on New York’s CCW permit system. In New York, anyone who wants to carry a concealed weapon needs to show “a special need for self-defense.” The New York Rifle & Pistol Association, an NRA affiliate, says this requirement is unconstitutional; now, the Supreme Court has agreed to make that decision.

If the justices agree, the effects will be felt far beyond New York. California, Delaware, Hawaii, Maryland, Massachusetts, New Jersey, and Rhode Island all have similarly restrictive rules for concealed carry. But, this case could move them all from “can (but won’t) issue” states to “shall issue,” allowing millions more Americans to defend themselves.