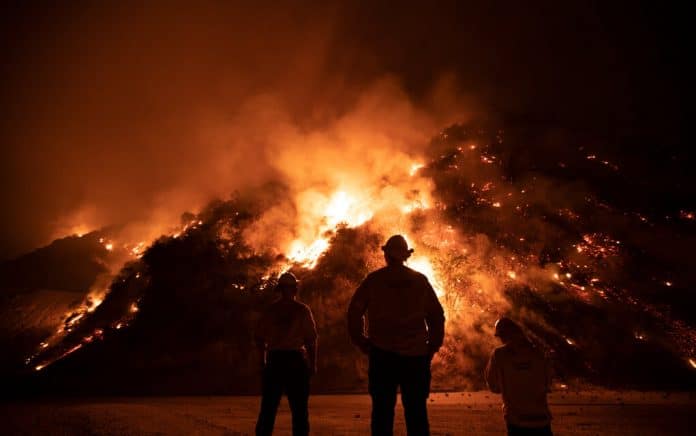 (NewsReady.com) – There have been many fire bans across the west coast this past summer, and for good reason. One California woman learned that lesson the hard way. She’s been charged with starting a huge wildfire that, as of Monday, September 27, devastated more than 8,000 acres of Shasta County and destroyed over 100 buildings.

On September 22, fireman Matt Alexander was called out to a 10-acre fire near Fawndale Road, north of Redding, CA. At the scene, a quarry worker told him a woman had trespassed on their property that morning, dropping CO2 cartridges and an AA battery as she wandered off. Alexander realized that was the same area where the fire began. Hours later, a Cal Fire captain reported they’d found a woman caught in brush and suffering from dehydration. When Alexander questioned her, she produced CO2 cartridges, a cigarette lighter, and what she described as an “incendiary device.”

This is Alexandra Souverneva — 30-years-old.. She was arrested yesterday for starting the #FawnFire, per officials.

*****She was also arrested 9/12 in Oregon and released 9/13 for Criminal Trespass, 2nd degree, per Douglas County Sheriff. https://t.co/jOfoEDZmdm pic.twitter.com/hF65w37EFZ

The woman, identified as 30-year-old Alexandra Andreevna Souverneva, claims to be a shaman. She told investigators she was trying to hike to Canada, which is almost 600 miles away from where she was arrested. She also claims she tried to boil water from a puddle fouled with bear urine, but the area was too wet to start a fire. By the next day, at least 80 acres of it was burning.

Alexander then asked Souverneva where she’d been the day before. After being held on trespassing, it turned out she’d been released from the Shasta County jail around 4 p.m. Hours after she was released, a fire broke out in the City of Shasta Lake. Alexander believes she started that one, too.

Now, Souverneva faces a possible nine years in prison for arson. Her bail has been set at $150,000 plus an extra $25,000 for arson during a state of emergency.