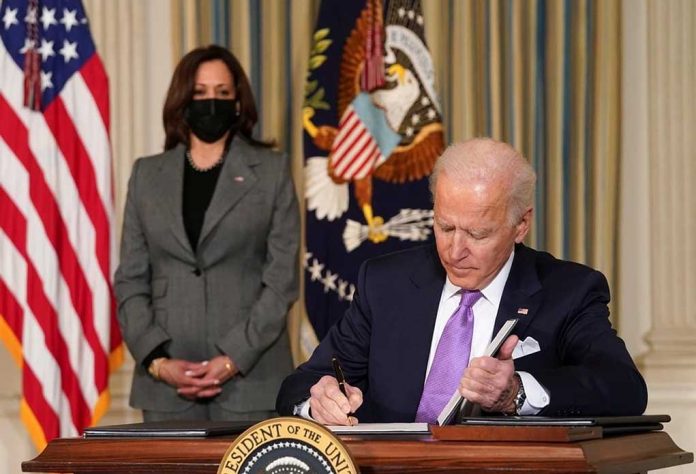 (NewsReady.com) – On Sunday, July 11, protests broke out in Cuba. The demonstrations come after months of suffering on the island. People are hungry, COVID-19 is surging, and medical care is reportedly hard to come by. Similar demonstrations are occurring in the US, especially in Florida. Marchers in Tampa and Miami shut the interstates down for a short time.

President Joe Biden released a statement declaring support for the demonstrators in Cuba. However, the words of Homeland Security Secretary Alejandro Mayorkas revealed the administration isn’t as supportive as it’s claiming to be. Senator Ted Cruz (R-TX), whose father fled Cuba in the 1950s, is especially angry about that.

On Tuesday, Mayorkas told Cubans that they would not be welcome in America if they travel across the Caribbean Sea and Florida Straits by boat. For decades, Cuban refugees have made the treacherous journey to the US on rafts, hoping for a taste of the freedom they’re denied in their homelands.

“Allow me to be clear: if you take to the sea, you will not come to the United States,” Mayorkas said. Ironically, the secretary is a Cuban immigrant himself. His family fled the country in 1960. Apparently, he doesn’t want his fellow countrymen to have the freedoms he has been given by the US government.

What’s worse is Mayorkas said if someone happens to get past the Coast Guard ships guarding the US, they will not be allowed to enter the US. Instead, he said the government will send the asylum seekers to other countries to resettle. Remember, this is the policy that Democrats were so vehemently against while former President Donald Trump was in office.

The day after Mayorkas made the comments, Senator Cruz slammed the administration. He told Fox News’ “America Reports,” saying Cubans are the “only immigrants on the face of the Earth” that the president doesn’t want flowing into the country. Meanwhile, in his state of Texas, “hundreds of thousands of people” are pouring across the border into the US.

There could be a really disgusting reason for that. Cubans are more likely to vote Republican than any other group of Latin American immigrants. Is the Biden administration denying these people freedoms that they’re giving other immigrants because they might vote against Democrats one day?