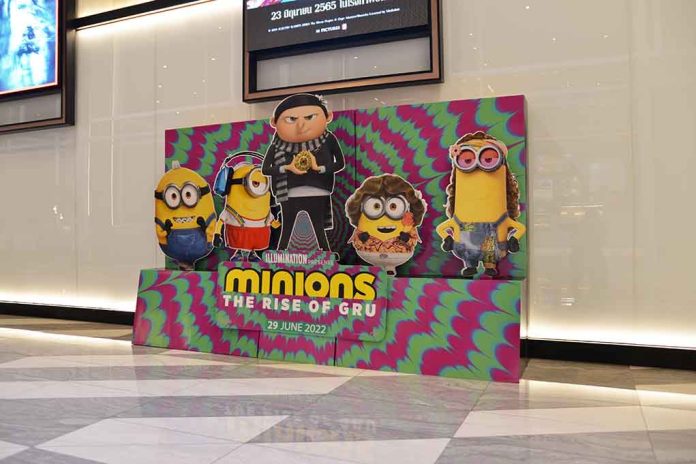 (NewsReady.com) – Social media trends are nothing new. Kids and adults doused each other with ice water to raise awareness for ALS, walked on stacks of milk crates for no reason at all, and now they’re dressing up to attend a movie. However, not all theaters are onboard with the latest trend.

A new spin-off from the Despicable Me franchise, “Minions: The Rise of Gru,” hit theaters worldwide over Independence Day weekend. The film has made roughly $125 million in the first four days, due in part to social media and the trending hashtag #GentleMinions. Young adults and kids were inspired to dress in suits reminiscent of the Rat Pack and some even put bananas in their pockets, a favorite food of the minions. They posted photos of themselves online.

Large groups of teenagers were showing up at theaters and cheering loudly. There were also accusations that some kids threw objects at movie screens and vandalized the establishments.

I love being gen z. We have so much power😭💀💀🤌🏼 #tiktok #MinionsTheRiseOfGru #Minions #gentleminions pic.twitter.com/2OUarPhubj

The rowdy behavior led to a number of theaters in the United Kingdom banning kids in suits. The Regal Cinema in Wadebridge, Cornwall, prohibited any teens not accompanied by adults from attending showings. ODEON Cinemas enacted a similar ban.

Theaters are starting to ban #GentleMinions groups from entering due to 'recent disturbances'#Minions2 pic.twitter.com/KK7v46pJvN

In the US, people are also dressing up in suits to attend the showings but it’s unclear if any theaters have banned them.