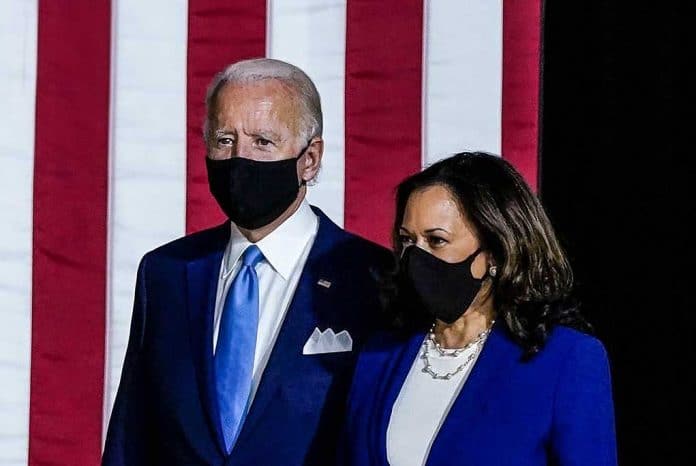 (NewsReady.com) – On January 20, Kamala Harris made history when she was sworn in as the first female vice president in the country’s history. According to insiders, her time in office has been fraught with tension and disappointment.

President Joe Biden has allegedly sidelined Harris as her poll numbers plummet. A USA TODAY/Suffolk University Poll reveals the vice president’s approval rating is a dismal 28%. Prior to the release of the survey, the administration had done little to defend her. Unnamed White House aides reportedly said the president isn’t happy with the way Harris has handled the border crisis, which he assigned to her in March.

On Monday, November 15, a reporter asked White House Press Secretary Jen Psaki if Harris could expect Biden’s endorsement if she chooses to run for president one day. The press sec. dodged the question.

Jen Psaki comments on Pres. Biden’s relationship with VP Kamala Harris after reports emerged that she was ‘unhappy’ pic.twitter.com/CNNt9eV0Qk

Meanwhile, a former aide to the VP told CNN the president keeps “sending her out there on losing issues.” Further, an ex-Harris staffer said the administration quickly defended Transportation Secretary Pete Buttigieg when the press attacked him, but hasn’t shown her the same loyalty. The aide implied it’s because the secretary is a “white man.”

Psaki denied there was any tension between the two, but these claims have been hounding the administration for months. As the old (often correct) proverb states: Where there’s smoke, there’s fire.