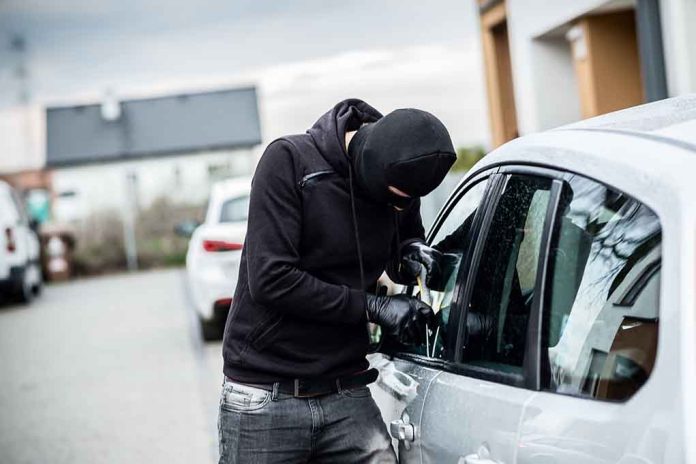 (NewsReady.com) – London, England, has an extensive public transportation system, and it’s a good thing because car thefts are out of control. It’s also a place where thousands of residents have items stolen from their vehicles every year. Now, the new police commissioner is under pressure to solve these minor crimes.

According to an exclusive by The Telegraph, there were 55,000 thefts from cars in 2021. Scotland Yard (also known as the Metropolitan Police) stands accused of decriminalizing the crime because so few cases are investigated and solved. In fact, of the tens of thousands of reported thefts, police only found the perpetrators of 271 of them.

Metropolitan Police Commissioner Sir Mark Rowley has promised he will expand neighborhood policing. In fact, he’s a supporter of the law enforcement philosophy known as “broken windows.” This is a strategy based on the idea that if officers take a zero tolerance approach to minor crimes or things like the broken windows of buildings and graffiti, it will help bring down the overall rate.

Rick Muir, head of the think-tank Police Foundation, told The Telegraph that victims of low-level crimes don’t expect to get the same level of attention as bigger ones but expect at least something. Otherwise, there’s no deterrence for criminals.

Do the police officers in your city give minor crimes the attention they deserve?