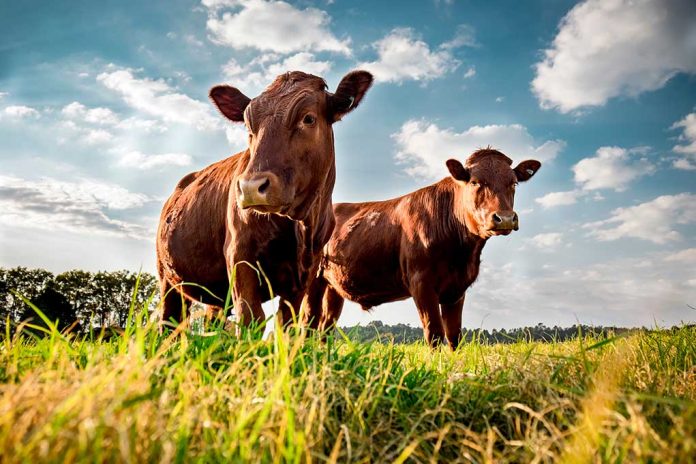 (NewsReady.com) – New Zealand’s government has made the fight against climate change one of its most important priorities. Meanwhile, the agricultural industry has reportedly been trying to work with officials to create a plan that works for everyone. Recently, the government proposed a plan that’s infuriating farmers.

On Tuesday, October 11, the government proposed a plan to levy a tax against farmers for their animals peeing and burping. According to data, livestock is responsible for an average of 14% of greenhouse gasses. However, in New Zealand, the percentage is much higher. A report by BBC News claims the country’s livestock industry accounts for about half of its emissions. The new plan would make farmers start paying a tax by 2025, though the exact details have not been worked out yet.

Prime Minister Jacinda Ardern said the money the tax raises will be invested back into the industry.

‘New Zealand’s farmers are set to be the first in the world to reduce agricultural emissions, positioning our biggest export market for the competitive advantage that brings in a world increasingly discerning about the provenance of their food,’ said Ardern.

Federated Farmers, the biggest agricultural lobbying group in the country, isn’t so sure. In a statement, the group said the proposal would “rip the guts out of small-town New Zealand.” The group’s president, Andrew Hoggard, claims he has been trying to work with lawmakers for two years on a plan that would “keep farmers farming,” but now he believes farms are going to be sold off. The plan might make it hard for the PM to win reelection next year as the industry has a loud voice.