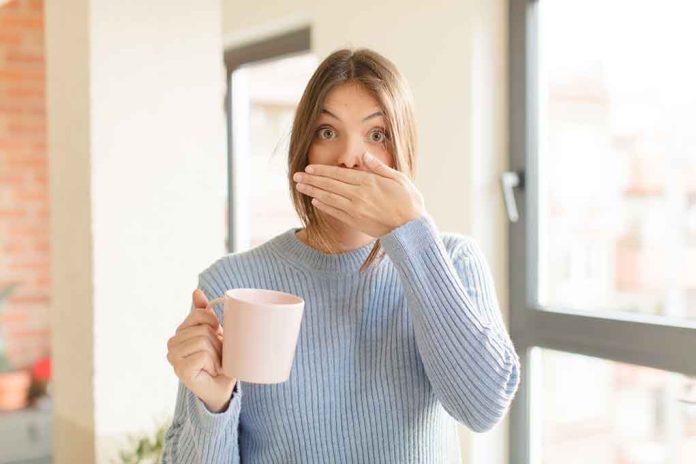 (NewsReady.com) – A thief in Mexico picked a bizarre target last weekend — a statue of the Archangel Michael. The would-be crook smashed his way into the church but ended up suffering serious injuries. Was it bad luck, or divine vengeance?

A drunken thief was injured after falling on the sword of a statue of St. Michael the Archangel that he was trying to steal from a church in Monterrey, Mexico. https://t.co/bR00j6MR9I

Local news in Monterrey, Mexico, has reported that on January 14, 32-year-old Carlos Alonso attempted to burglarize the Cristo Rey Parish in downtown Monterrey. Alonso, who had been drinking, managed to jump the fence and break into the church through a glass door. However, it was after he picked up the statue and made a run for it that things went terribly wrong.

As he reached the door, the thief tripped — and as he fell on the statue, the archangel’s sword pierced his neck. Luckily for him, as he stumbled out of the church clutching his neck, he was seen by passersby, who called emergency services. Paramedics from Monterrey Civil Protection responded to the call and managed to stop the bleeding. When the thief refused to be taken to the hospital, they also called the police, who took the perforated pilferer to a clinic for treatment and, after that, questioning.

Once the suspect is released from the hospital, it’s likely he’ll be handed over to the public prosecutor’s office and charged with the damage he caused to the church. However, locals say he’s already been punished. Local retailer Lupita told ABCnoticias.mx, “That happened to him for doing bad things … Saint Michael is for protection, to combat evil.”

Neighborhood residents say the church has been a common target for a wave of thefts in the area over the last few years. Last October, another thief broke in and stole a donation box and a statue; cops spotted him a few blocks away and arrested him. It looks like, this time, senior management decided to deal with the perpetrator before the police had a chance to intervene.