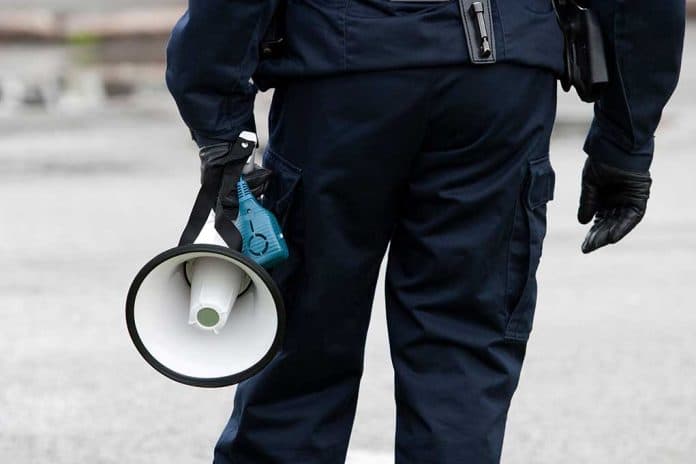 (NewsReady.com) – It’s not unusual for suspects to run away and hide from police, it happens all the time. Sometimes officers are able to catch the suspected criminals quickly, and other times it takes a bit longer. Recently, New York police spent more than two days trying to take one man into custody after he tried to hide in a strange place to get away from them.

On Wednesday, October 6, police arrived at 44-year-old Roody Thomas’ home in Queens, NY. The officers were responding to a call from his mother accusing him of threatening her. When police knocked on his door, he escaped from the home and climbed a tree.

Thomas was about 30 feet in the air while NYPD officers tried to convince him to come down. He refused. Instead, he spent more than two days sitting in the tree, flossing his teeth, staying warm with a blanket, and shoving cotton into his ears to drown out the noise of the officers below.

Officers tried coaxing him out of the tree with a hostage negotiator, but that didn’t work. They played their police sirens and music loudly, hoping he would get irritated with the noise and come down. They even used drones to annoy him.

According to a New York Times report, Thomas has had mental health crises in the past. Reba Perry, a police chaplain and one of his neighbors, said he’s an emotionally disturbed person. Robin Hernandez, another of his neighbors, told reporters that she has seen him jogging around the neighborhood in the past, but didn’t mention any other disturbances. She spent the days he was in the tree sitting on her porch and watching, like roughly 30 other neighbors.

Queens borough advocate Sabine French stopped by the scene to speak to Thomas. She asked him if he wanted something to eat, but he refused until the police left. He told her he was feeling very stressed. French said officers should have called mental health professionals to handle the problem the first day because he has an “emotional or mental problem.”

On Friday afternoon, the standoff finally ended when police appeared to back off from the scene. Thomas climbed down from the tree.

The NY Times said that Thomas spoke to journalists for a brief interview after it was over and he said that he didn’t feel well after spending all that time in the tree, but he felt like it was a “death situation.”

Officers didn’t take him into custody and did not say if he would face charges for the standoff.