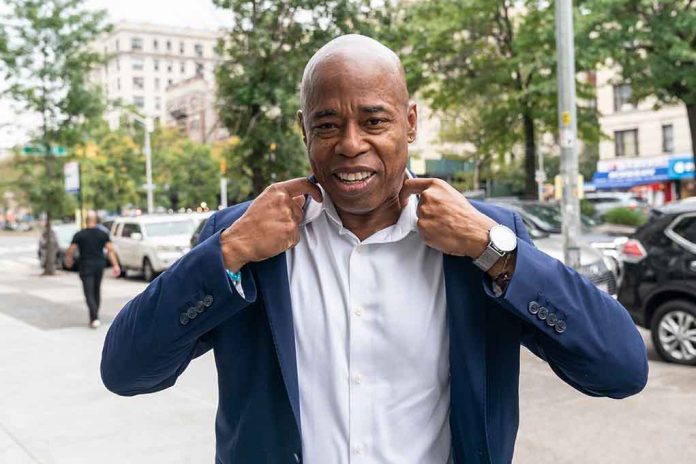 New Law Will STRIP Citizens Of Gun Rights In These Areas

(NewsReady.com) – Gun rights advocates celebrated a win earlier this year when the Supreme Court (SCOTUS) ruled against a long-standing New York City gun law. The court determined the city’s requirement for citizens to show “proper cause” to carry was unconstitutional. Now, the state has put another anti-gun bill in place.

On September 1, a gun law went into effect in New York state, allowing officials to ban the weapons in sensitive areas. As a result, Times Square has now officially become a gun-free zone. Signs were placed around the area alerting residents and tourists of the change and warning that anyone caught violating it could be charged with a felony.

The Bruen decision may open a river feeding the sea of gun violence, but we're doing everything we can to dam it.

The safety and security of 8.8 million people is my responsibility and we will protect our people. pic.twitter.com/rIehO05u3b

The State of New York was sued to stop the law from going into effect, but on August 31, Federal Judge Glenn Suddaby ruled against the plaintiffs. New York Attorney General Letitia James (D) called the decision a victory “against baseless attacks by the gun lobby.” Houses of worship and schools are among other gun-free zones. The city will be posting signs soon.

In a major victory, my office has defended New York's Concealed Carry Improvement Act against baseless attacks by the gun lobby.

This law will take effect tomorrow. We will continue to defend the constitutionality of our laws to protect New Yorkers from gun violence.

What do you think about the new law?