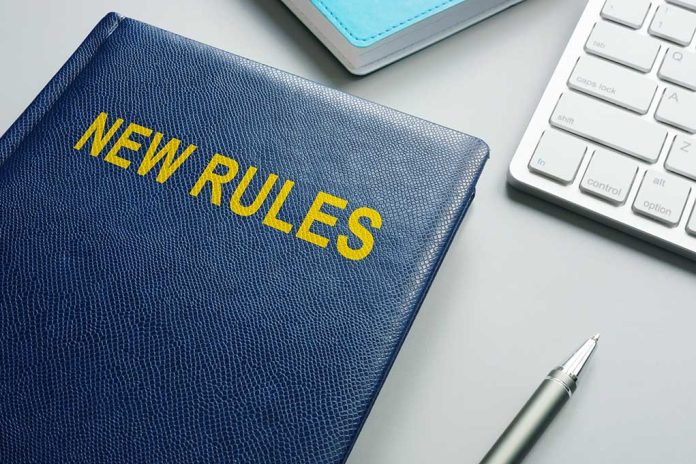 (NewsReady.com) – The US government has spent years putting together public health campaigns to convince Americans to stop smoking. The Department of Justice (DOJ) is among the federal agencies that have put regulations in place. Now, it is enforcing a rule that was supposed to be in place years ago.

The DOJ announced it will require retailers to start putting up signs that outline the health risks of cigarettes. In a December 6 statement, the agency announced it was working with the Department of Health and Human Services (HHS) to enforce the rule that stemmed from a 1999 lawsuit.

In 1999, the DOJ filed a lawsuit against the country’s biggest tobacco companies and accused them of racketeering. The court issued a number of corrective measures, including putting the signs up at roughly 200,000 retailers that have retail merchandising agreements with Philip Morris USA Inc., R.J. Reynolds Tobacco Company, and ITG Brands LLC.

The signs are supposed to be “eye-catching [and] provide truthful information to consumers.” They will include messages telling people how, on average, 1,200 Americans die from the effects of smoking every day, cigarettes are intentionally addictive, and secondhand smoking will kill people who haven’t ever smoked.

Will the signs make people think twice about smoking?