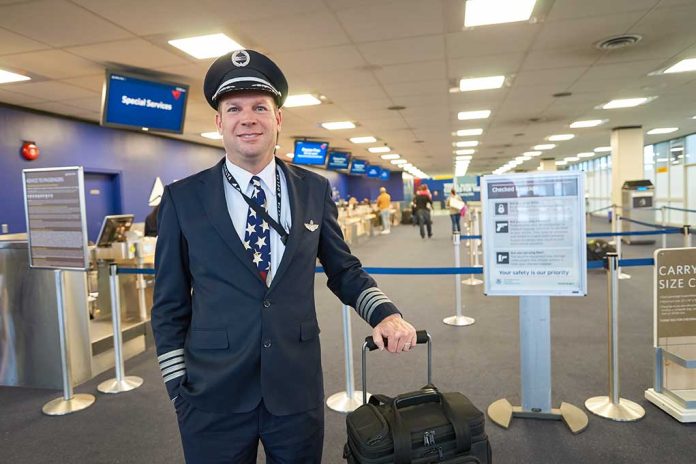 (NewsReady.com) – As society changes and becomes more accepting of ideas that seemed bizarre in years past, companies are changing with them. Some believe the push for inclusivity has gone too far. And now, it’s seeping into the skies.

Dress codes have differentiated between males and females historically. That was true for those who work for British Airways, but those days are gone. The Guardian recently obtained an internal staff memo sent out to the company’s employees. It stated male workers may now wear “subtle shades” of makeup.

All employees are now able to wear earrings, false eyelashes, mascara, and carry handbags. The airline stated it’s “proud” of all its workers and is “committed to an inclusive working environment.”

The male pilots and cabin crew of British Airways will now be allowed to wear makeup and have piercings. The airlines have come up with a new set of guidelines with non-gender-specific rules. #BritishAirways #VirginAtlantic #Economy #Business #UK pic.twitter.com/aqzBTT5d3G

The change to the airline comes months after Virgin Atlantic Airways released its own updated dress code to allow male employees to wear skirts. According to reports, job applications for the company soared after it made the change. Cabin crew members are also allowed to display tattoos on their arms and legs, something previously prohibited. Employees are allowed to wear badges that declare which pronouns they would like to be called by.

What do you think about the new dress codes? Are airlines going too woke?