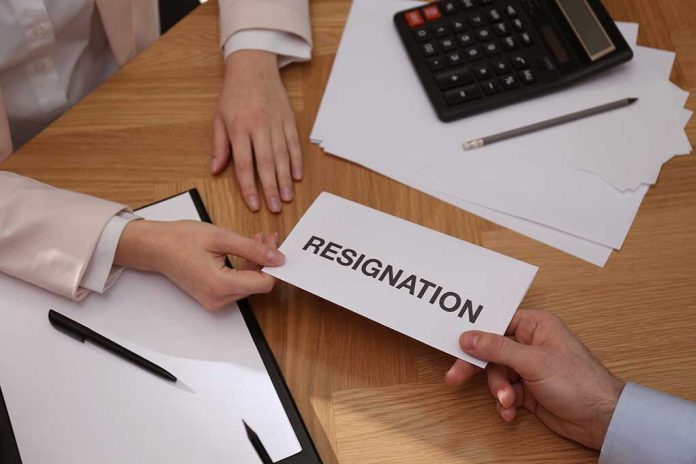 (NewsReady.com) – Truckers are still in Ottawa, Canada, protesting Prime Minister Justin Trudeau’s vaccine mandates. The government and many of the city’s residents are angry about the continued demonstrations. That has led to a top official resigning from their post.

BREAKING: Ottawa Police Chief Peter Sloly has resigned according to a senior source close to the situation.

On February 15, Ottawa Police Chief Peter Sloly resigned from his position. His resignation comes after an outcry over the way he handled the protests. Many residents believed Sloly didn’t do an effective job at clearing the streets of those who wanted the government to hear their voices.

In Sloly’s resignation letter, he said he was proud of the work the police force did throughout his tenure, saying it reflects the “diversity of the community” the officers serve. The former chief said he’s done everything he could to keep the city safe.

While Sloly’s critics were happy to see him go, his resignation angered many people. Prominent black community leaders spoke out against the police chief’s resignation. They said the black public official was “sabotaged” and made a “scapegoat.” African Canadian Association of Ottawa President John Adeyefa sent a letter to the Ottawa Police Services Board saying he was “appalled by the pressure” that was forced on the chief.

As Ottawa battles over the resignation of the chief, outraged Canadians continue to demand the government stop forcing them to get the jab – with no end in sight.