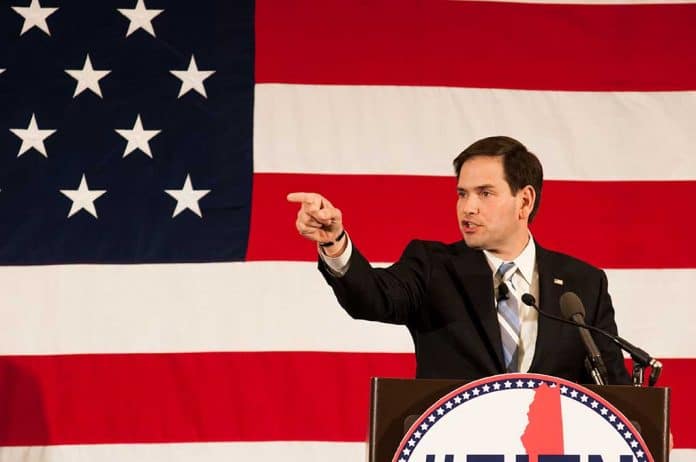 (NewsReady.com) – On January 13, the Democratic-led House of Representatives voted to impeach then-President Donald Trump for a second time. The trial is slated to take place in February. But, the chorus of Republicans calling the Left out for the entire charade is growing louder.

On Sunday, January 24, Senator Marco Rubio (R-FL) told “Fox News Sunday” host Chris Wallace he believes the idea that Trump should be impeached so that he’s banned from public office for life is an “arrogant statement for anyone to make.” The senator said that’s a decision that’s best left up to the American people, not politicians. Rubio called the trial “stupid.”

Sen. Marco Rubio (R-FL) calls the second Trump impeachment trial stupid and says that it is a bad idea because it will rile up Trump's domestic terrorists. pic.twitter.com/O5lb8gtAy1

For two weeks, the Democratic Party has claimed they’re impeaching the former president because they think he needs to face accountability for the incident at the Capitol that he had nothing to do with. However, voices on the Left have said it’s meant to prevent Trump from holding office ever again.

In 2020, Trump received more than 74 million votes, more than any sitting president. His popularity is undeniable. It’s no wonder the Left is afraid of him. But, it’s wholly unforgivable that they’re willing to silence the voters in order to keep him out of office.