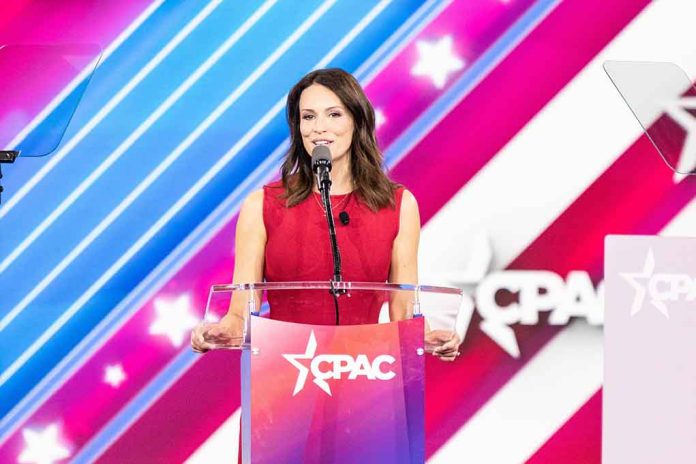 (NewsReady.com) – As the midterm elections approach, super PACs and political parties are deciding where they will get the biggest bang for their buck in the election. Money is pouring into races the parties have decided are critical to their long-term ambitions. For instance, Florida Governor Ron DeSantis (R) has spent millions from his own campaign war chest on Republican Senate candidates as his party attempts to regain control of Congress. Democrats are pouring money into the races for the upper chamber, as well.

The consolidation of funding has left other candidates on their own. One of those is the GOP nominee in Michigan’s gubernatorial race.

In July, former President Donald Trump endorsed Republican Tudor Dixon as his preferred candidate to go up against Michigan Governor Gretchen Whitmer (D). Tudor also has the support of the DeVos family, including former Education Secretary Betsy DeVos. However, all the support hasn’t helped her campaign coffers much.

Unlike Florida Governor DeSantis, who had a war chest of more than $170 million in August, Dixon only had about $524,000 in cash on hand at the end of the same month. According to Michigan Live, the Republican candidate is at a severe disadvantage in her fight against Whitmer.

The Democratic incumbent had $14 million in her coffers in August. In 35 days, the governor held 26 fundraisers and had 49 people on her staff. Dixon, on the other hand, held no fundraisers and only had two paid staffers. As of the end of September, Whitmer was outspending Dixon by $16.5 million to $924,000 in ads.

FiveThirtyEight shows Dixon trailing Whitmer by double digits, 40% to 51.6% as of September 30. The Republican nominee needs to make a major push in the next few weeks to regain ground, but she’s going to have a hard time doing so without money.

Whitmer is one of the GOP’s top targets in the midterm elections. Not only does she preside over one of the most important states when it comes to presidential elections, but her strict lockdowns during COVID-19 angered many Conservatives. At one point, Democrats were very concerned, speculating the DeVos family was going to bankroll Tudor’s campaign. It’s unclear how much they ended up spending on her, but it seems she is going at it largely by herself.

Who do you support in the Michigan gubernatorial race?