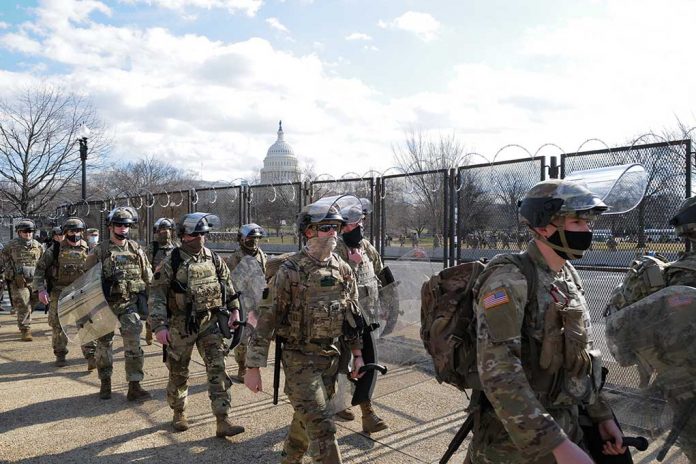 (NewsReady.com) – It has been more than four months since the incident on Capitol Hill. The National Guard is finally getting ready to leave Washington, DC. But, now there’s a push to keep some of them there.

On Friday, May 14, House leaders released a $1.9-billion security supplemental package. The package includes $200 million for the District of Columbia Air National Guard to set up a quick reaction force of National Guard members that could respond to threats. Republicans have said there’s no reason for soldiers to remain in DC, especially since there’s no longer a threat to lawmakers.

Thousands of National Guard troops stationed on a rotating basis at the U.S. Capitol since Jan. 6 will head home this weekend as officials weigh whether to create a permanent military unit charged with protecting lawmakers and the building in the future.https://t.co/tzUo1RHj08

The Capitol already has a police force to protect it: The Capitol Police. There’s no reason to spend hundreds of millions of dollars to create a permanent National Guard unit there when they could just call the troops in when they need to. This seems like another attempt by the Left to keep America thinking Conservatives are a dangerous threat.