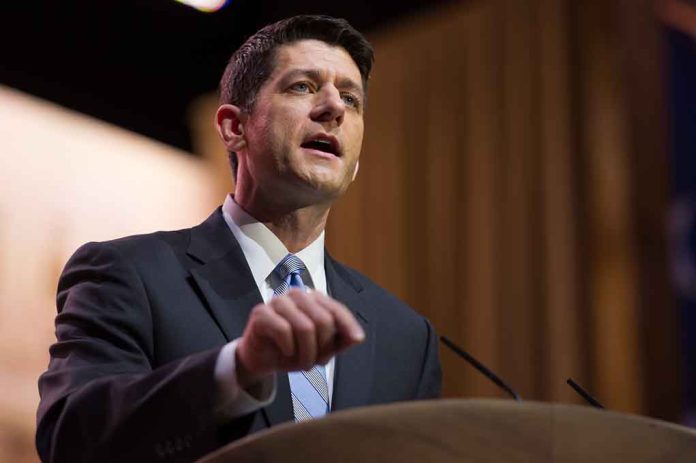 (NewsReady.com) – Republicans suffered crushing defeats during the midterm elections. While they won a small majority in the House, the “red wave” never materialized, and Democrats managed to flip multiple state races. Former Speaker of the House Paul Ryan recently spoke out about what he thinks went wrong.

On November 20, Ryan appeared on ABC’s “This Week” to discuss the midterms. The former lawmaker, who supported former President Donald Trump in 2016, said he wasn’t against him before. However, he told host Jonathan Karl he is now a “never-again-Trumper” because he believes the Republican Party loses when the 45th POTUS is leading it.

Just days after Donald Trump announced his third bid for the White House, former Speaker of the House Paul Ryan tells @JonKarl that he considers himself a "Never-Again-Trumper."

"Why? Because I want to win. And we lose with Trump." https://t.co/Ea39uVgqT6 pic.twitter.com/IsJyKWVAkn

Ryan said that he thinks the GOP will start to win elections when they “get past Trump.” But, they continue to “stick” with him, so he believes they’ll “keep losing.”

Former Speaker Paul Ryan tells @JonKarl that Republicans would have won big in midterm races if the candidates were "typical and traditional conservative Republican, not a Trump Republican.”

“We stick with Trump, we keep losing elections.” https://t.co/nM7liKVBpW pic.twitter.com/ZfO7UgpxKL

Trump recently announced his intention to run for another term in office. The former speaker predicted his party would lose in 2024 if they chose the former POTUS as the nominee.

A number of Republicans have spoken out against the 45th president in the wake of the midterms. The Hill reported retiring Senator Pat Toomey (R-PA) said there was a “high correlation between MAGA candidates and big losses.” Conservative leaders in Illinois and Michigan also said he was at fault.

Do you agree with Ryan and the other Conservatives who are blaming the former POTUS for the midterms?