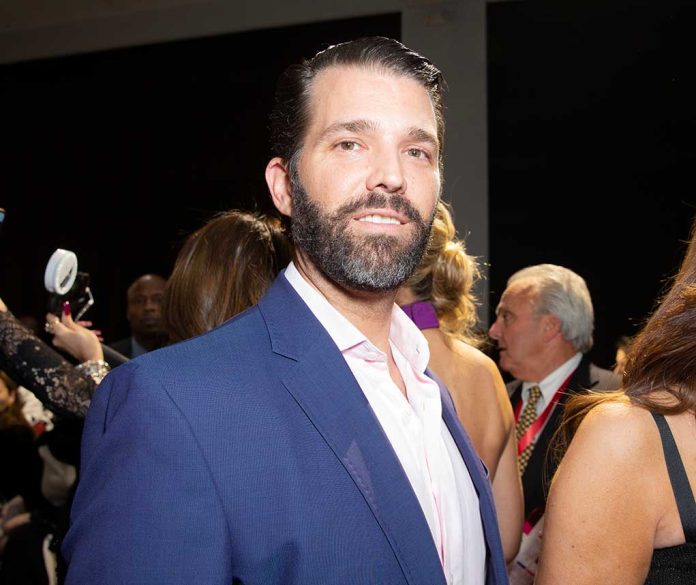 (NewsReady.com) – When Kyle Rittenhouse traveled to Kenosha, Wisconsin, in August 2020 to protect businesses there from destructive riots, the court ruled he shot and killed two people in self-defense. One of those people, Joseph Rosenbaum, served 15 years in prison for having sexual contact with multiple preteen boys. Showing his disdain for the alleged Democratic support of the prosecution of Rittenhouse, Donald Trump Jr. appeared on “Hannity,” declaring the Left was “making heroes out of pedophiles.”

Jr. couldn’t believe that Democrats would reject supporting a teen protecting a community while defending a “child rapist.”

Donald Trump Jr. is accusing Democrats of "making heroes out of pedophiles" for their support of one of two men Kyle Rittenhouse was acquitted of killing during civil unrest in Kenosha, Wisconsin last summer. https://t.co/SxFCd3gGRe pic.twitter.com/frQaBA6AG3

The former president’s son also accused the deceased of running around “with a gun rioting.” Witness testimony revealed Rosenbaum wasn’t carrying a weapon. Although the acquitted teen had no way of knowing the man’s background at the time of the shooting, Trump Jr. thinks once Democrats found out, they should have stood behind Kyle.

During Jr.’s interview, the political activist spoke about how disgraceful the Left acts now. He talked out the incompetence of the Biden administration and the costly mistakes he believes happened during the withdrawal from Afghanistan. In short, Trump Jr. feels his father did a much better job in the White House.