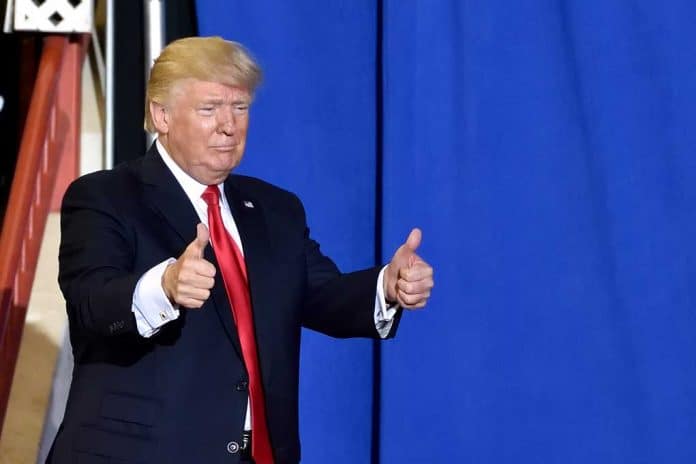 (NewsReady.com) – Sarah Huckabee Sanders was former President Donald Trump’s longest-serving White House press secretary. She was a staunch defender of him and his policies during her time in the position. Now, she’s hoping to carry his America First agenda forward by winning the gubernatorial office in Arkansas.

On March 14, Sanders tweeted a photo of herself and Trump. She said the former president made a surprise stop at one of her campaign events. The picture shows Sanders smiling from ear-to-ear as Trump walks into a room.

Great weekend on the campaign trail featuring a surprise appearance at one of my events by President Trump! pic.twitter.com/mn81i9AbsU

In January, Trump endorsed Sanders, calling her a “warrior” who will fight for the people of her state without caving to political correctness.

It was incredibly thoughtful of Trump to surprise his former press secretary. With his support, she has a better chance of winning the race for governor and will hopefully continue his pursuit to make America great again.